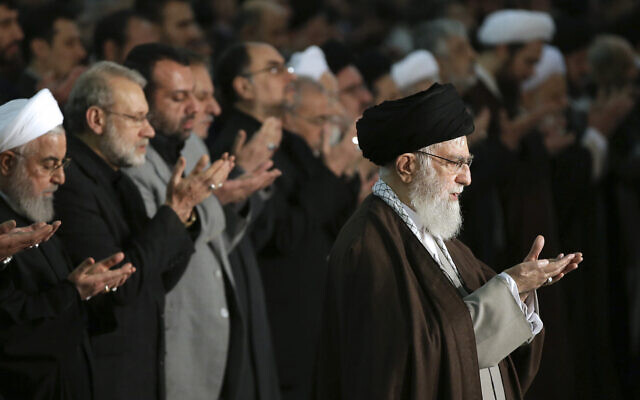 "On behalf of people of Kerman province, we will pay 3 million dollar award in cash to whoever kills Trump", Ahmad Hamzeh told parliamentarians, according to ISNA.

US President Donald Trump ordered the drone strike in Iraq on January 3 that killed Soleimani.

General Soleimani, Abu Mahdi al-Muhandis, who was the deputy head of Iraq's Hashd al-Sha'abi (PMU), and a number of their entourage were killed in a strike by American drones near Baghdad International Airport on Friday, January 3.

Hamzeh also called on parliament to produce long-range nuclear weapons to deter the US from future attacks.

The strike exacerbated tensions between the USA and Iran, which have been steadily escalating since Trump withdrew Washington from the 2015 nuclear accord.

"This is our natural right".

Hamzeh also said Iran should start producing nuclear weapons and delivery systems to protect itself. Tehran insists it has never sought automic arms and never will, saying its nuclear work is for research and to master the process to generate electricity.

Tensions have steadily escalated since Trump pulled Washington out of Tehran's nuclear agreement with world powers in 2018 and reimposed US sanctions.

His comments come only a week after three countries who signed the Iran nuclear deal in 2015 - Britain, France, and Germany - slammed Iran for not meeting terms and threatened to reimpose sanctions on the country.

Trump did not describe an "imminent threat" that led to his decision to kill Soleimani, the justification used by administration officials in the aftermath of the attack.

The comments came after Britain, France, and Germany paved the way last week for possible sanctions to be re-imposed on Iran if the Islamic Republic continues to back away from its worldwide nuclear deal. "We should put the production of long-range missiles capable of carrying unconventional warheads on our agenda". And Defense Secretary Mark Esper said he hadn't seen any intelligence backing up Trump's claim that Soleimani had been planning attacks on four United States embassies.