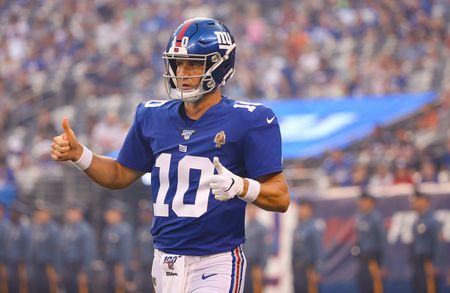 "Eli Manning not only is the quarterback on those great teams, but he is the MVP of the Super Bowls", Coughlin said Wednesday, according to the team's official website.

"It meant something to Eli to be the Giants quarterback, and it meant even more to us".

The recently turned 39-year-old's future had been in doubt since the end of the season. After being selected with the first overall pick, Manning was sent to the Giants in exchange for fellow rookie quarterback Philip Rivers and three draft picks. "We are beyond grateful for his contributions to our organisation and look forward to celebrating his induction into the Giants Ring of Honour in the near future".

Jones and Smith are the only players not named Manning to have started a game at quarterback for the Giants since Manning replaced Hall of Famer Kurt Warner in Week 9 of the 2004 season.

Besides the 2 Super Bowl victories and MVP awards - both against Tom Brady's Patriots - Eli was also a 4-time Pro Bowler and started at QB for 210 games, 13 seasons!

The Ole Miss product was chosen with the No 1 overall pick in the 2004 National Football League draft by the San Diego Chargers, but was immediately traded to the Giants after making it clear he didn't want to play in San Diego. Eli leaves a timeless legacy with two Super Bowl titles on the field and his philanthropic work off the field, which has inspired and impacted so many people.

In addition to his on-field success, Manning was a pillar of the Giants' various charitable outreaches and was beloved by fans in the NY and New Jersey area. He now ranks seventh all-time in passing touchdowns (366) and seventh in passing yards (57,023). "He will always be a Giant among Giants".