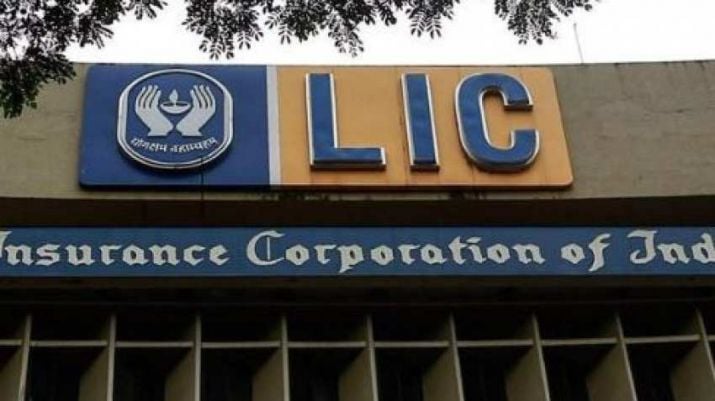 Finance minister Nirmala Sitharaman earlier in the day said the insurance behemoth will be listed as part of the government's disinvestment initiative.

The government also tweaked the personal tax structure in the budget.

The government owns 100% stake in LIC, which was set up in 1956 and remains the country's largest state-run insurer.

She said that the deposit insurance cover will be hiked to Rs. 5 lakh from the current Rs. 1 lakh.

According to Krishna Kumar Karwa, Managing Director, Emkay Global Financial Services, the LIC IPO will be a big positive for corporate governance and transparency and will open up one more avenue for fund raising for the government over the years.

IDBI Bank has been weighed down by poor asset quality with its gross non-performing assets standing at 29.4% in the quarter ended September 30, when it also posted a loss of 34.59 billion rupees. "The government's intention is to get out of IDBI Bank", said Atanu Chakraborty (secretary) ministry of finance, Department of Economic Affairs.

The government has proposed to sell part of its holding in LIC, India's biggest institutional investor, by initial public offering (IPO).

"In order to provide greater access to financial markets, unlock true value and induce market discipline, the Government has proposed sale of a part of its holding in LIC by way of Initial Public Offer (IPO)", Sitharaman said during her Budget speech that lasted more than 2.5 hours. It will have to amend the LIC Act first before taking the Corporation public. For the April to December 2019 period, LIC collected new premiums of Rs 1.37 lakh crore, showing a 45.5 percent year-on-year (YoY) rise, its market share was 71 per cent. LIC Annual Report 2018-19 showed that the income from investments stood at Rs 2.21 lakh crore at the end of FY19. At even 25-30 per cent of its AUM, the company can be valued at around Rs 8-10 lakh crore.

John Roberts publicly rejects Rand Paul's whistleblower question in Senate impeachment trial
For the trial of a President, the Constitution states that chief justice shall preside but does not detail his power. Roberts was likely prompted by multiple concerns in his effort to maintain the integrity of the Senate trial. 2/03/2020

Trump impeachment trial to wind down after Senate blocks calling witnesses
The House managers advocated for calling four witnesses and subpoenaing specific documents from the Administration. Democrats are likely to seize on the new court filing as proof that the trial was incomplete and thus invalid. 2/03/2020

Timeline for confirmed cases of new coronavirus in Canada
In early Thursday, Ontario's chief health doctor said the relatively small number of cases in the province was "reassuring". Symptoms include fever and cough, and in severe cases, shortness of breath and pneumonia. 2/03/2020

Out-of-control bush fire continues to burn near Australian capital
In NSW, 63 fires were burning across the state on Sunday morning, with more than a third uncontained. However, several blazes continue to burn at emergency levels in southeast New South Wales . 2/03/2020

Dominic Thiem reaches his third grand slam singles final
And Djokovic got over the line thanks to an early break in the fifth, holding his serve to claim the silverware. A tepid 85 miles per hour second serve followed, and Djokovic flubbed a forehand to give Thiem a 5-4 lead. 2/03/2020

2 dead, 1 wounded in shooting after Florida funeral
Two other people have been shot and killed outdoor a church in south Florida's Riviera Seashore, native media has reported. ShotSpotter, a gunfire detection device, detected 13 rounds during the release, the release said. 2/03/2020

Are Shakira and Jennifer Lopez friends in real life?
And I think we'll all be remembering Kobe on Sunday. "Thank you so much for believing in me", she told her adoring, cheering fans. Millions worldwide tune in for the game, the commercials, the friendship, and the halftime show. 2/03/2020

Overwatch Is Making Big Changes To Keep The Meta 'Fluid'
He says they've been taking feedback on board, and understand that players want to see improvements to balancing and the meta . The Experimental Card- Currently, players can choose to play casual or competitive games by picking certain cards in the menu. 2/03/2020