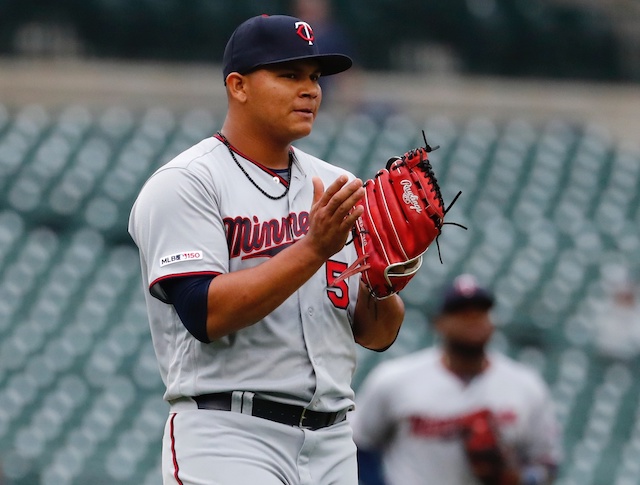 For Boston, the demands for more from the Twins came after a failed physical and some suspect medicals on Graterol, who reportedly projects as more of a reliever than a starter after going through Tommy John surgery.

If Minnesota is out, a version of the trade may still materialize, either with another team or with the Dodgers and Red Sox figuring something out themselves.

It's unclear if the Dodgers would potentially trade with the Twins prior to or after reaching a conclusion with the Red Sox.

After multiple days of negotiations to try to see if the Twins could remain a part of the trade that would send Mookie Betts and David Price from the Red Sox to the Dodgers, the Twins no longer expect to work out their end of the three-way trade, according to the Star Tribune. But the Red Sox and Twins have failed to come to an agreement on how to adjust Boston's haul, and Minnesota is reportedly done trying.

The deal, which is centered around Betts being moved to the Dodgers, materialized Tuesday, but an ensuing medical review revealed concerns about Graterol's right pitching arm.

As the Star Tribune reported, the Twins don't want to do that.

Graterol, meanwhile, has been working at the Twins' training complex, but hasn't been made available to any media requests.

Furthermore, the Dodgers had a secondary trade aligned to send Joc Pederson, Ross Stripling and Andy Pages to the L.A. Angeles in exchange for Luis Rengifo and one or two prospects. Reports had Angels owner Artie Moreno upset about the deal not being completed.

But the report has also been met with a conflicting report, it would appear, as Major League Baseball insider Mark Feinsand noted that multiple sources have told him that the Twins are still interested in completing this deal.

Twins pitchers and catchers will report to spring training in Fort Myers on Wednesday and the first full-squad workout will be February 17. Whether that means the Red Sox following through with the trade as originally agreed to, or the inclusion of another piece to appease Boston, we'll have to wait and find out.