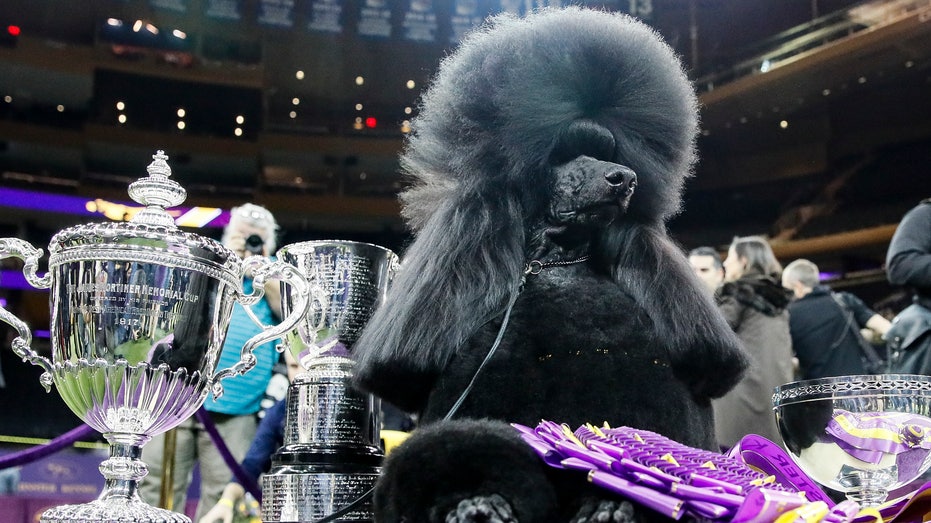 Heart, a Labrador retriever from Columbia, Warren County, and her owner and trainer, Linda Brennan, won the Masters Obedience Championship at Westminster for the fifth consecutive time on Sunday. Bono, the Havanese, won Reserve Best in Show, which is essentially second place in last year's competition.

On Saturday, P!nk, a border collie from OH, won the Westminster Masters Agility Championship after completing an obstacle course in 29.35 seconds.

Siba accepts her trophy as the Westminster Kennel Club's best in show on Tuesday night. It culminates in the Best in Show competition where seven dogs (and their owners) will see who is the best of the best.

Here are the group winners from Monday night. Daniel the golden retriever, Bono the Havanese, Wilma the boxer, Conrad the Shetland sheepdog, and Vinny the wire fox terrier also made the final grouping.

Siba, the standard poodle, poses for photographs after winning Best in Show in the 144th Westminster Kennel Club dog show, Tuesday, Feb. 11, 2020, in NY. (AP Photo/John Minchillo) Despite the breed's strong track record of success, the win can be viewed as an upset.

The top dogs declared in the hound, non-sporting, herding and toy groups on Monday stood out among the more than 2,600 dogs entered in Westminster, the most prestigious annual event for show dogs in the United States. For one, the Poodle was in competition with breeds, groups and specific dogs with a longer history of success at Westminster and beyond, including Bono, pegged by Dog News Magazine as the top-ranked dog in competition. He was the 15th member of his breed to take the "Best of Show" title.