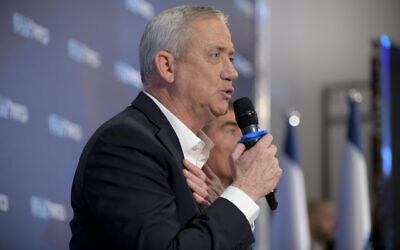 "The Human Rights Council should use its energy to encourage both Israel and the Palestinians to return to good faith negotiations", said Cardin.

They include Airbnb, Booking.com, Expedia Group and Motorola Solutions.

"I am outraged that High Commissioner for Human Rights Michelle Bachelet published a database of companies operating in Israeli-controlled territories", said Pompeo on February 13.

In an interview with the Army Radio on Wednesday, the Israeli Prime Minister denounced the United Nations organization and accused it of "being anti-Semitic and systematically targeting Israel". "We reject any such attempt in the strongest terms and with disgust", he said in a statement.

The Palestinian foreign minister, Riyad al-Malki, lauded the report as a "victory for global law and diplomatic efforts".

Trump's peace plan has been rejected by the president of the Palestinian Authority, Mahmoud Abbas, who said the proposal would strengthen what he called Israel's "apartheid regime" and would reward Israeli occupation rather than holding it accountable for crimes committed against Palestinians. In releasing this database, the High Commissioner falls prey, by intent or accident, to the very impulses that have impeded the path to peace for seventy years.

"Working at the behest of the notorious UN Human Rights Council, the UN Office for the High Commissioner for Human Rights has officially made a decision to endorse anti-Semitic BDS by issuing a defamatory list of companies it claims are supposedly involved in "settlement activity", NGO Monitor Legal Adviser Anne Herzberg said in a statement responding to the UN's publication of the blacklist".

In a statement, the human rights office said 94 of these companies were domiciled in Israel-including all major Israeli banks, state-owned transportation companies Egged and Israel Railways Corporation, and telecommunications giants Bezeq, HOT and Cellcom.

"The UN Human Rights Council is a biased and uninfluential body".

"The maligned companies should begin assessing plans to take legal action against the United Nations officials who prepared the list and those who will propagate its false claims".

Wednesday's report meanwhile stressed that companies were not doomed to remain on the database forever.

Following what it said was a thorough review and assessment of all information available, the OHCHR presented a report on Wednesday identifying 112 business entities that it said, there were reasonable grounds to conclude, had been involved in one or more of those activities.

Washington unveiled its "Deal of the Century" peace plan last month, with the proposal recognizing Tel Aviv's claims to sovereignty over Jewish settlements in the West Bank, and recognizing Jerusalem as the country's capital.

Airbnb declined comment. The San Francisco company said in November 2018 that it was removing its listings in West Bank settlements.

Klopp admits there has been 'no decision' about Mo Salah's Olympic involvement
With Liverpool sure to add variety to the squad as well as some rotation options, there will certainly be cover for the Egyptian King. 2/15/2020

Mark Meadows: Dems 'Playing Politics' in Roger Stone Case
Susan Collins, who said last week that she thought Trump would moderate his behaviour after impeachment. Trump associate Roger Stone returns for his trial after lunch on November 13, 2019 in Washington, D.C. 2/15/2020

First new virus case found among evacuatees from China to US
A later test found one of those patients tested positive for the virus. The infection was confirmed through a Wednesday night lab test. 2/14/2020

Mysterious Russian Spacecraft Stalking US Spy Satellite, Space Force Expresses Concern
This was the first public comment by a US official on the Russian satellite reportedly chasing a USA spacecraft. Trouble may be brewing overhead as two Russian satellites appear to be following a USA spy satellite . 2/14/2020