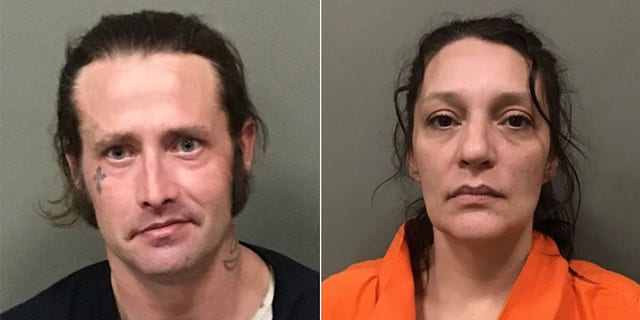 "The day before yesterday, a family member of this missing child reported in a department of children's services referral about the child being missing", Sullivan County Sheriff's Office spokesman Capt. Andy Seabolt told CNN affiliate WCYB.

Asked who last saw Evelyn and when, Cassidy said he doesn't believe the December 26 date included late Wednesday in an Amber Alert issued by the TBI is the correct date.

On Friday, investigators released images of a BMW and said the individuals with that vehicle "are believed to have information" pertaining to Evelyn's whereabouts.

Evelyn's parents are Maggie Boswell (left) and Ethan Perry (right), who is an active-duty US Army soldier stationed in Louisiana. The mother has full custody, Cassidy said, as Evelyn was born out of wedlock in Tennessee. The toddler was reported missing almost two months after she was last seen.

"I'm not going to go with what the mother stated because. some of the conflicting stories are inaccurate", Cassidy said.

Cassidy noted the investigation had shown, for example, that video surveillance footage didn't mesh with some of what Miss Boswell said.

Despite claiming to know who has her daughter, Boswell said she can not "name names".

"We want to know why the child was not reported missing earlier", he added, according to the news station. What they're doing with her at this point in time'.

She refused to name who she believes to have her daughter but says that she is cooperating with the police and cannot share further information on the case. Evelyn has blond hair, blue eyes, is approximately two feet tall and weighs 28 pounds, authorities said.