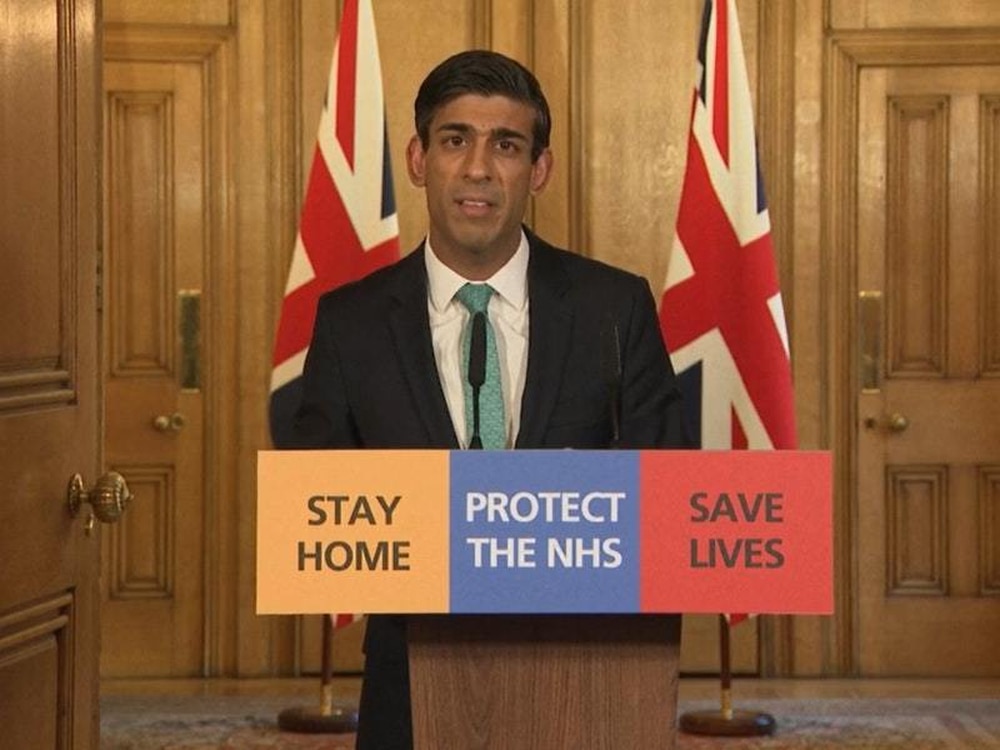 The government's support for the self-employed during the coronavirus crisis was eagerly anticipated and has been welcomed by business groups - despite some reservations over the criteria used.

It includes a taxable grant worth 80 percent of the worker's average monthly profits over last three years.

Though the support package was greeted positively, concerns have been raised about how the self-employed can survive financially until June when Sunak said the first payments should be made.

Rishi Sunak said the economic support the government will offer the self-employed - who he said had "not been forgotten about" is in the form of a grant.

The chancellor said you can access the scheme via HMRC in June.

He suggested that self-employed may be able to look into the business interruption scheme; would benefit from the deferred tax payment scheme to January from June; and would also now be eligible to claim Universal Credit, which he said would in most cases make an "advance payment" nearly immediately. People will be able to continue working while claiming the grants.

"While this assistance is practical and wide-ranging it does not, however, cover all self-employed people".

But he added that self-employed workers will have to last out until mid-June for the scheme to kick in and they must also wait to be contacted by tax authorities. The four-week extension on tax returns also means it will be at least a month before support.

Sunak said the scheme, which is open for three months, will benefit 95% of self-employed workers around the UK.

Gilt markets had closed before the Chancellor's announcement today, but sterling currency markets were broadly unchanged on the announcement, with plenty more to digest. The whole United Kingdom approach, which is in common with the rest of Europe, is based around the best way to help people is to keep firms alive and pay them regular payments through their firms.

"Now I see why the UK Government kept us waiting for this announcement until parliament broke up - they can avoid democratic scrutiny of the plans and answering any tricky questions".

"We must ensure that everyone gets the support they need to stay afloat and that the United Kingdom economy is able to not only recover, but also to thrive". To qualify for the scheme more than half of their income in these periods must come from self-employment. He urged business leaders to investigate all the support on offer before deciding to lay people off.

"He said payments would go straight to the bank accounts of those eligible and be calculated on the average of three years" trading profits. "This will be much easier said than done, but with help on its way numerous self-employed will rest a little easier".

Italy records nearly 1,000 virus deaths in one-day record
A "goal" that Public Health Officials on the White House task force said could be "flexible" in different areas based on data . In one month, that number increased by 85,782. "That is a situation where people just deteriorate over time", Cuomo said. 3/28/2020