Australian Prime Minister Scott Morrison on Friday announced that every person who arrives in the country from Sunday onwards will be forced into a 14-day quarantine period as a preventive measure against the coronavirus pandemic.

States and territories will be quarantining all arrivals through airports in hotels and other accommodation facilities for the two weeks of their mandatory self-isolation before they are able to return to their home, he said.

People returning to Australia from overseas could spend up to a month in isolation if they transit through another state on their way home. If it's in Sydney, it will be in Sydney.

The new measures have been agreed upon by all states and territories and are expected to come into effect at midnight on Saturday.

Chief Medical Officer Brendan Murphy said that we are doing a good job at the moment but discouraged a cavalier attitude, adding "the single most important thing we can do is completely stop the capacity for any returning traveller transmitting the virus".

Mr Morrison said he is "deeply concerned" about the devastating impact the virus is having on the economy.

"That will include support by states and territories on managing the very hard issue of commercial tenancies", Mr Morrison said. "By extending that support and proving greater eligibility we can help more people", he said.

Air and maritime crews will be required to continue to undertake the existing precautions they are following where they self-isolate in their accommodation if they enter Australia until their next work voyage. 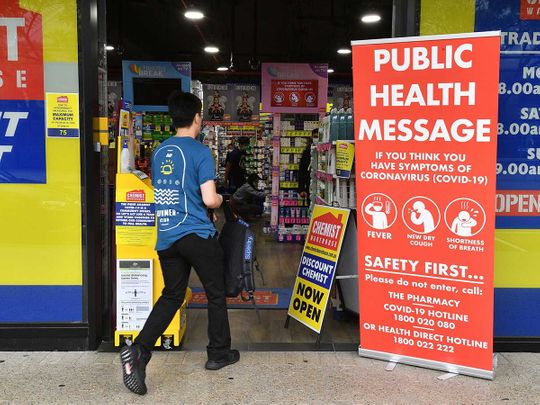 Morrison said recent arrivals must quarantine where they disembark.

"Every decision we are taking, we understand has very real personal impacts for individuals, for families, and the stresses that it can place upon them at the most hard of times".

Mr Morrison said that businesses may have to close, however said "part of the plan we will be announcing will be to seek to hibernate Australian businesses". We want those businesses to start again.

Australians are being praised for the way they have taken on the messages from the Federal Government in the past week.

He said he would rather be in Australia now "with the way we are dealing with this together" than anywhere else.

Professor Murphy said that Covid-19 guidelines and social distancing measures must be practiced "every minute of the day". They will have to keep them closed either because we have made it necessary for them to do so, or simply there is just not the business to keep their doors open.