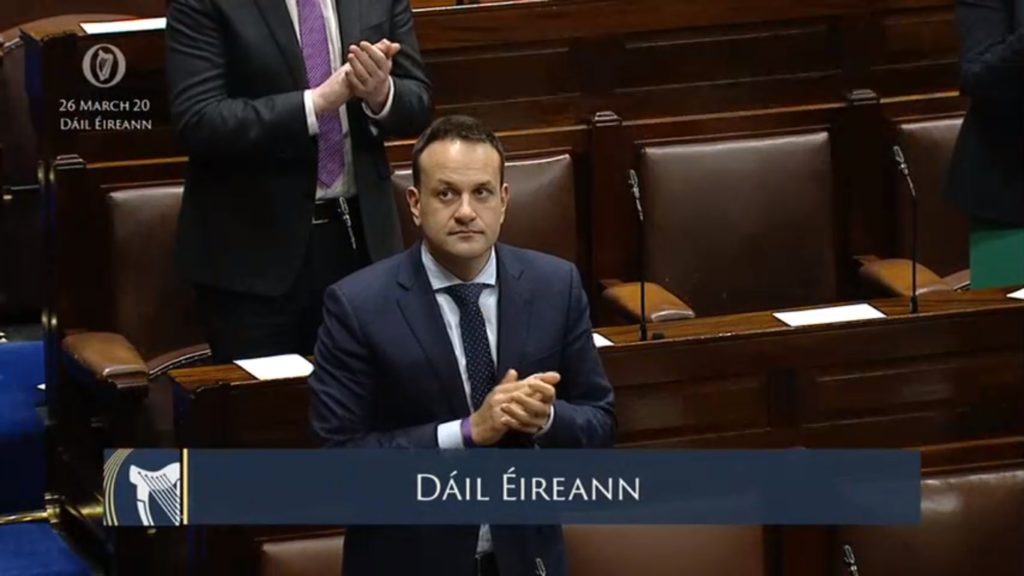 The measures were announced hours after three further deaths were confirmed in the state - one of them was the first healthcare worker to die.

Varadkar said that effective from midnight tonight, "everyone must stay at home in all circumstances", except in certain instances which he went on to outline.

His Fine Gael party on Wednesday began talks with Fianna Fail to develop a policy programme for a new government, although the two parties will need to secure the support of a third party or a dozen independent deputies to secure a majority.

There is permission to conduct vital family visits for some reasons, such as childcare or care of the elderly.

Cocooning has been introduced for those over 70 and the vulnerable.

All gatherings have also been banned, with public transport restricted for essential workers while more non-essential shops will be closed.

"Because of the work our ministers did to ensure that we would be able to withstand the worst effects of a no-deal Brexit, we are now in a better position than if we were starting to think about some of these issues for the first time", he said.

"I told you earlier that hard days were ahead and that the virus would spread".

"Do we hope to be in a position in two weeks' time to say that we've made progress and some of the measures can be tweaked, removed, changed?"

It also confirmed 302 further Covid-19 cases, rising the total number of confirmed cases in the Republic to 2,121. 34 new cases were announced in Northern Ireland earlier on Friday, bringing that total to 275.

Mr Varadkar highlighted that gardai had powers to police the restrictions but he expressed hope they would be achieved with the "consent and co-operation" of the public.

"More than half of cases are transmissions in the community", he said, adding that the clusters in nursing homes had also caused concern.