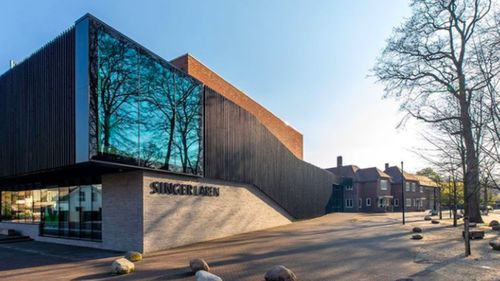 The burglary from the Singer Laren museum, located 32 kilometres south-east of Amsterdam, occurred on what would have been the painter's 167th birthday.

"A handsome and moving painting by one of our greatest painters, stolen from the community..."

De Lorm said: "This is exactly what you don't want as a museum that has a painting on loan". "Art is there to be enjoyed and to comfort people, especially during this hard time". "Art deserves to be seen and shared by us, the community".

Both Brand and Blühm doubted that the Singer Laren museum's coronavirus-related closure somehow facilitated the crime: The theft occurred early in the morning when the museum would have been closed even during a normal week, and all normal security protocols were in place.

It was in Laren as part of an exhibition of works by Dutch artists called "Mirror of the Soul", which opened in mid-January.

Museum director Evert van Os said he was "angry, shocked, sad" at the theft. "The investigation is now in full swing and no more can be said about it due to the police investigation".

The same museum was targeted in 2002, when two other Van Gogh canvases - "View of the Sea at Scheveningen" (1882) and "Congregation Leaving the Reformed Church in Neunen" (1882-1884) - were stolen. The painting has been added to Interpol's global list of stolen works of art.

The museum houses the collection of American couple William and Anna Singer, with a focus on modernism such as neo-impressionism, pointillism, expressionism and cubism. In 2007, thieves stole seven works from its sculpture garden, including a bronze cast of The Thinker by Auguste Rodin.

The statue was later found in a damaged state. "They did it in four or five minutes", Brand said, referring to Monday's heist.