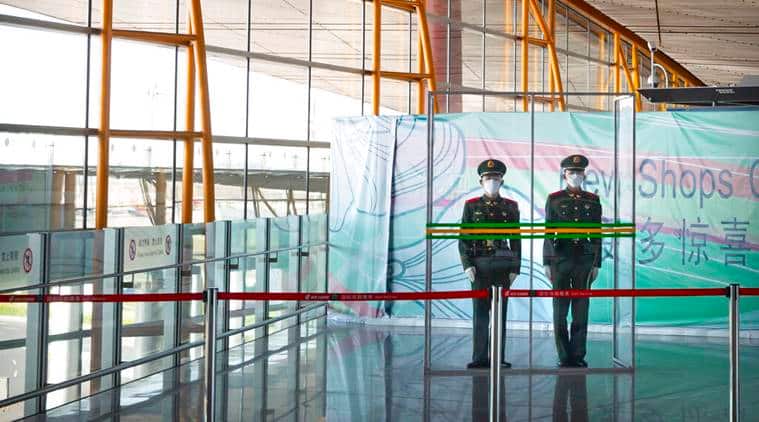 "Containment of the pandemic would allow recovery, but the risk of durable financial stress is high even beyond 2020", the World Bank warned.

The pandemic's economic fallout could cause China's growth to come to a virtual standstill, the World Bank has said.

"We are looking at the best scenario, where the country only needs mobility restrictions for another month and things can start normalizing by June so the recovery could start in the third quarter", Sander told a limited teleconferenced media briefing on Tuesday.

The Washington, DC-based bank expects the world economy to grow at 5.6 percent in 2021 as the outbreak subsides, according to its report East Asia and Pacific in the Time of COVID-19, published on Tuesday.

The World Bank's outlook is grim - to say the least. But we are witnessing an unusual combination of disruptive and mutually reinforcing events.

Noting that making precise growth projections is unusually hard in a rapidly changing environment, Mattoo told reporters that the new report presents both a baseline and a lower case scenario for growth in 2020, which is 2.1 percent and negative 0.5 percent, respectively.

The outlook is grim - the virus has threatened tourism, trade and commodity-driven economies.

The World Bank said it has not finished forecasts for other parts of the world but last week, International Monetary Fund Managing Director Kristalina Georgieva, said it is clear that the global economy has already entered a recession that could be as bad or worse than the slump after the 2008 financial crisis.

The COVID-19 shock will also have a serious impact on poverty.

Prior projections estimated that almost 35 million people would escape poverty in the region in 2020, including over 25 million in China alone, the bank said.

The Washington-based global lender, in a report released on March 30, said that prior projections had estimated that almost 35 million people would escape poverty in East Asia and the Pacific in 2020, including over 25 million in China alone. The baseline scenario called for almost 24 million fewer people to escape poverty across the region in 2020 due to the pandemic.

"In this interdependent world where our economic destinies are intertwined, there's going to be mutual amplification, because the shock is simultaneously affecting all these important countries", he informed reporters.

The World Bank called for strong action, with the priority first on containment but also on measures to cushion the shock to households of lost wages. "This is not rocket science", Mattoo said. As countries need broader support, the World Bank Group will deploy up to $160 billion over 15 months to protect the poor and vulnerable, support businesses, and bolster economic recovery.

Ford delaying restart of production at North America plants to protect workers
It operates on air pressure with the need for electricity - something that coronavirus patients are in dire need right now. By the end of April, the company expects to produce 1,500 ventilators, 12,000 by the end of May and 50,000 by July 4. 4/01/2020

Tiger King: Murder, Mayhem And Madness Review
Exotic, born Joe Maldonado-Passage, was convicted of trying to hire a hit on his nemesis, Carole Baskin . "I don't harm tigers". Because it's unclear where the Tiger King limited series will end, there is no release date attached to the project yet. 4/01/2020