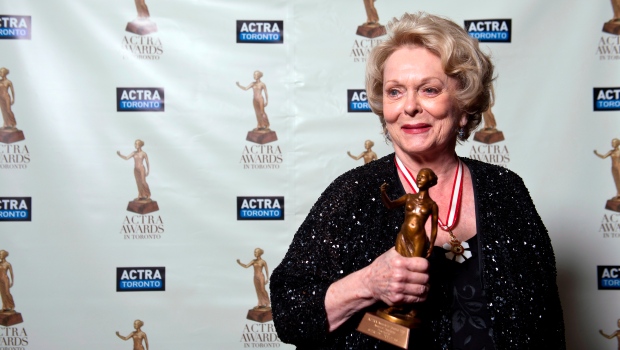 Sutherland said she died due to complications from pneumonia unrelated to COVID-19.

"My mother was an extraordinary woman who led an extraordinary life", Sutherland wrote. "Sadly, she had been battling health for quite some time and we, as a family, knew this day was coming". She was married to Donald Sutherland from 1966 to 1971 (per USA Today) and gave birth to Kiefer and his twin sister, Rachel.

She starred in Stanley Kubrick's Lolita released in 1962 and in David Cronenberg's Dead Ringers released in 1988. In 2000, she won the Gemini Award for her role in the TV movie Shadow Lake.

"While she was an actor in her own right and the mother of one of our best known actors, Kiefer Sutherland, she may be best remembered for protecting her father Tommy's proudest legacy, our universal public health-care system, which she defended with integrity and energy". Douglas, the impassioned Canadian activist and veteran actress died April 5 at age 86. "My thoughts are with you and I wish you peace and strength".

Born April 2, 1934, Douglas showed an early interest in the arts as well as politics as she journeyed on the campaign trail with her father, who became premier of Saskatchewan, a national leader in the New Democratic Party and a socialist icon.

Her other screen credits included the film "Nellie McClung", in which she played the title role of the famed Canadian activist.

She attended the Banff School of Fine Arts and went on to study at the Royal Academy of Dramatic Art in London, England, where she acted in theatre and TV and participated in anti-nuclear marches.

Shirley Douglas was famous for many things, but in the end, her quest to make Canada better is her legacy.

In 1969, she was arrested and spent five days in prison for, "conspiracy to possess unregistered explosives". She helped establish the group, "Friends of the Black Panthers"- a decision that sparked controversy, as Douglas was subsequently denied a United States work permit. Douglas also shared son Thomas from a previous marriage. The courts eventually dismissed the case and exonerated her. In 2003, she was named an Officer of the Order of Canada.

In 1997, Douglas got to work onstage with son Kiefer in the Tennessee Williams play "The Glass Menagerie".

Tesla Engineers Show Off Ventilator Manufactured From Car Parts
Andrew Cuomo subsequently confirmed plans to use BiPAP machines as a substitute due to lack of conventional ventilators. This will give hospital employees 20-40 minutes to move a patient while still keeping them hooked up to the ventilator. 4/08/2020

Lady Gaga Curates All-Star Lineup For COVID-19 Relief Concert
Jimmy Fallon , Jimmy Kimmel , and Stephen Colbert will host the two-hour special, along with the cast of Sesame Street . It can also be streamed across multiple platforms including Facebook, Instagram, Twitter, Apple, YouTube and more . 4/08/2020

Jaws actor Lee Fierro dies of coronavirus complications
Multiple reports said that Fierro's family will hold a small ceremony in her honor because of social distancing restrictions. Galland also recounted how director Stephen Spielberg told her to tone down her delivery. 4/08/2020

Trump Hints At Retaliation If India Doesn't Send Hydroxychloroquine
Trump has touted the malaria drug hydroxychloroquine in the battle against COVID-19, calling it a "game-changer". The president also said that 1.67 million Americans have now been tested and given the results for the virus. 4/08/2020

Ontario confirms 379 new COVID-19 cases and 21 more deaths
He added that the federal government needs to come through in his commitment to the provinces to provide the proper equipment. Freeland said on Tuesday that this is the result of Canada's messaging about the interdependence of the two countries. 4/08/2020