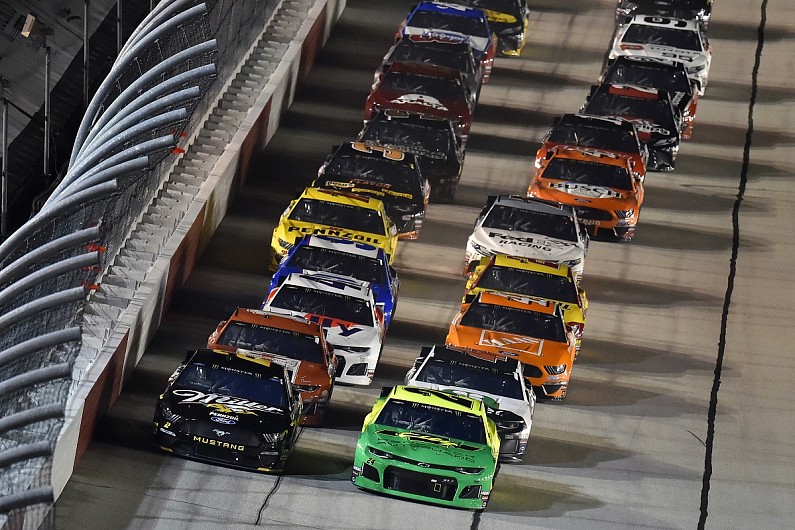 The stock auto series announced this week it will stick to Tennessee, Georgia, Virginia, Florida and Alabama for June races - all of them without fans.

Specifically, there will be five more Cup Series following the first four previously announced events leading the way in NASCAR's return to the track.

The Cup Series is scheduled to resume Sunday at Darlington Raceway in Darlington, S.C.

NASCAR has yet to receive the green light to race in Pennsylvania. As a result, the MAXPRO Window Films 200 NASCAR Whelen Modified Tour race, originally scheduled for May 8, has been canceled with plans to reschedule for 2021. No fans will be allowed to attend any of those races. Giving the command for the race will be a group of medical personnel, and these healthcare workers also will be on each vehicle in Sunday's race.

NASCAR announced Thursday its plan to hold 12 races across its three national series between May 30 and June 21.

Following the second Charlotte race on Wednesday, May 27, the NASCAR Cup Series will race at Bristol on Sunday, May 31.

"I want to thank our partners with NASCAR and Atlanta Motor Speedway for adapting to protect public health throughout our fight with COVID-19", said Georgia Governor Brian Kemp.

Per the revised schedule, the May 31 race that had been slated for Kansas will now take place in Bristol, Tennessee, followed by a June 7 race in Atlanta, June 10 race at Martinsville, June 14 race in Miami and June 21 race at Talladega. NASCAR will then move to Atlanta to start June with a race in all three series, then move on to Martinsville for another Cup Series race in Rideway, Virginia.

"We are eager to expand our schedule while continuing to work closely with the local governments in each of the areas we will visit", said Steve O'Donnell, NASCAR's executive vice president. "We thank the many government officials for their guidance, as we share the same goal in our return - the safety for our competitors and the communities in which we race".