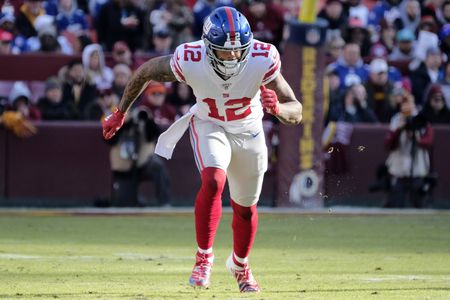 Washington Redskins wide receiver Cody Latimer was arrested on Saturday morning after shots were fired inside a Colorado apartment. Upon their arrival of the suspected residence, the police took Latimer and two other individuals into custody.

According to reports, Latimer was booked for illegal discharge of a firearm, prohibited use of a weapon, 2nd-degree assault, reckless endangerment, and menacing.

Murray-USA TODAY Sports Former Giants wide receiver Cody Latimer was being held on a $25,000 bond, according to a report.

The department said deputies responded to reports of gunshots fired in an apartment in unincorporated Douglas County shortly after midnight.

And this has not been a good week for the National Football League on off-field matters, with the allegations against cornerbacks Deandre Baker and Quinton Dunbar also making the headlines. He spent four seasons with the Broncos, including the 2015 Super Bowl 50 championship team, and spent the 2018-19 seasons with the New York Giants.

After spending the past two seasons with the Giants, Latimer signed a one-year, $1.04 million contract with the Redskins.

Latimer played for the Denver Broncos after being drafted in the second round of the 2014 NFL Draft. On his career, the WR has 70 receptions for 835 yards and six scores.