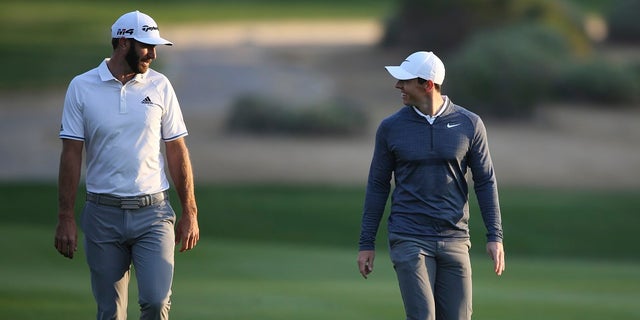 Rory McIlroy went golfing with President Donald Trump back in 2017 and took a little bit of heat for it.

Three years later and he's now ripping the President's leadership and politicization of the COVID-19 crisis during a spot on the McKellar Golf Podcast.

The four-time major victor has criticised Trump's handling of the coronavirus crisis and McIlroy has not been impressed with the President's leadership in recent weeks.

"We're in the midst of something that's pretty serious right now and the fact that he's trying to politicise it and make it a campaign rally and say we're administering the most tests in world like it is a contest, here's something that just is awful, " the Holywood golfer said.

He added: "It's not the way a leader should act".

"And there is a bit of diplomacy that you need to show, and I just don't think he's shown that, especially in these times".

Then came the questions about the 18 holes he played at Trump International Golf Club in Florida.

Televised golf returns in the United States on Sunday with caddies barred from the course and a barrage of screening measures plus organisational changes to ensure the players observe social distancing amid the coronavirus pandemic.

McIlroy was then asked if he'd play with Trump again. "But no, I wouldn't".

"I'll sit here and say that the day that I did spend with him and others was very enjoyable", said McIlroy.

McIlroy said the president was wrong to turn the virus outbreak into a political issue.

"What we're doing is a great thing, it's a very small piece of all of this, but I'm just happy to be able to help in some way and bring some joy to people, I guess, when they haven't had anything to really look forward to for a couple of months now", he commented. In defending the decision, he said he doesn't always agree with everything his friends and family do, but he plays golf with them anyway.

As for the leader of the free world, Trump's Florida residence is less than an hour from were McIlroy lives but you can be sure they won't be meeting up on the first tee any time soon. He's very charismatic and he was nice to everyone, from myself to the guys in the cart barn.

"So I will sit here and say that the day I had with him I enjoyed but that doesn't mean I agree with everything". He obviously has something, charisma, the X factor, whatever, or he wouldn't be in the White House. "I probably wouldn't again".