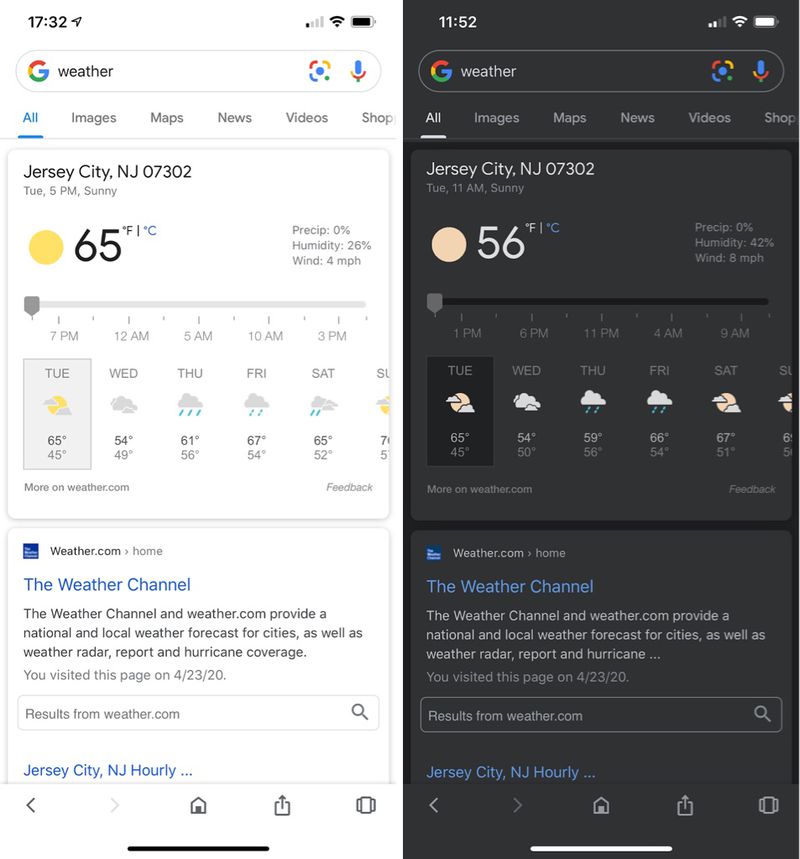 Google has started rolling out the dark mode theme for its Search app.

The feature is now rolling out, and if you have Android 10 or iOS 13 the app should automatically detect your theme preference and switch as needed. Android and iOS both offer the feature, allowing users to switch the usual white background color in the OS to black or a dark gray, conserving battery life and eye strain. So if your iOS or Android device is set on dark mode, that is how the app will appear by default. Though, if you have the system theme set to dark already, chances are you probably want the dark theme for any app that can support it.

Once that update is live, the app should default to dark mode if you have it enabled on a system-wide level. It's also been available in small amounts to non-beta users for a little while.

Dark Mode seems to be all the rage these days. Anyway, here's how to turn on the Google app's dark mode. Remember, Google says that it will be rolling out the update for the rest of the week.

Keep in mind Google has been rolling out dark modes across all its apps within the past year, including Gmail, Google Calendar, and Google Fit. You can also activate the dark mode option for your device browser.

Users whose devices run on android 10 and iOS13 will not need to take any action to enable the dark mode option. In case you don't like the dark mode then you will have an option to manually change it. Here you can change the theme between "Dark", "Light" or "System Default".

South Koreans return to school amid virus outbreak
None of the 790 people that the patients came into contact with were found to be infected with COVID-19, the disease caused by the virus. 5/20/2020