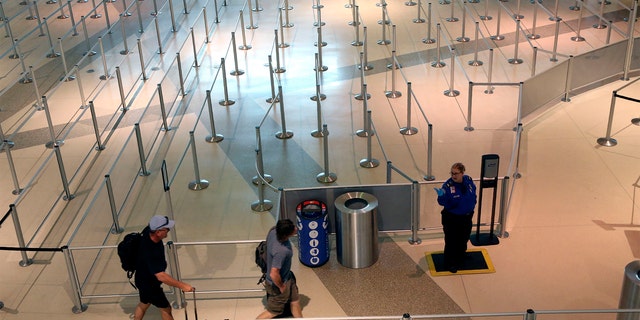 "Emissions reached their peak decline on 7 April, with a 17 percent decline compared to the same time a year ago", CSIRO researcher and Global Carbon Project Director Dr Pep Canadell said in a statement.

The early findings of the research have been published in the journal Nature Climate Change, and was undertaken by researchers at Australia's CSIRO, along with the University of East Anglia, Stanford University, the CICERO Centre for International Climate Research under the banner of the Global Carbon Project.

It seems that the global carbon dioxide emissions have dropped to 17%. A full 10% of the drop comes from flights, which normally account for 3% of global carbon emissions.

Emissions fell, on average, 26 percent in countries at the peaks of their lockdowns.

Emissions must fall 7.6 percent - in line with the worst-case lockdown scenario for 2020 - every year this decade to ensure the 1.5C cap, unless other means are found to remove carbon from the atmosphere, scientists calculate.

A team of researchers - from Australia, Norway, the United Kingdom and the U.S. - estimated the daily carbon emissions of 69 countries, representing 97 per cent of global emissions and 85 per cent of the world's population, during pandemic shutdown periods.

The 17 percent decrease in daily Carbon dioxide emissions is "extreme and probably unseen before", the study authors wrote.

However, if life returns to normal by June, annual emissions might reduce by just 4 per cent.

Decreases were the greatest in the surface transport sector, which includes cars and shipping. It is described as the first analysis of global energy demands in response to the coronavirus, with the scientists looking at 69 countries, 50 USA states and 30 provinces of China.

Emissions from the power generation sector dropped 7.4 per cent, while household emissions rose 2.8 per cent, reflecting the millions of people staying at home around the globe. The reduction equals a drop of around 18.7 million tons of carbon dioxide. If these restrictions are kept through the end of the year, 2020 emissions will decrease by 7%.

The study did not estimate changes in other gases, such as methane and nitrous oxide from farming, which make up a large part of New Zealand's climate impact.

"These numbers put in perspective both the large growth in global emissions observed over the past 14 years and the size of the challenge we have to limit climate change in line with agreements struck in Paris in 2016 to tackle the threat", the study's authors wrote.

The researchers warn, however, that the cuts to emissions is likely to be temporary and will be dependent on how long Covid-19 restriction measures remain in place.

With almost five million confirmed infections and 320,000 deaths, the Covid-19 pandemic has deflected attention from the climate crisis that dominated global concerns in 2019.