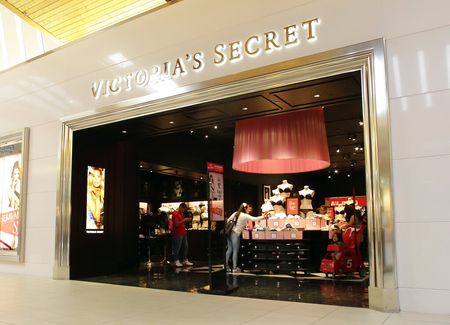 The lingerie giant's corporate parent L Brands saw a 10-percent stock surge on Thursday after Victoria's Secret said its shuttering more than 20 percent of its stores this year - or about 250 locations in the U.S. and Canada - as its sales continue to plummet. The shares rose as much as 18% in NY trading, based on strong results at Bath & Body Works. L Brands was founded in 1963 by Leslie H. Wexner in Columbus, Ohio.

Victoria's Secret is slimming down - and Wall Street likes the new look.

According to USA Today, the information was included in information the company posted yesterday as part of its quarterly earnings, which indicated sales were down 37 percent in the quarter that ended May 2.

Victoria's Secret was sold for $525 million to private company Sycamore Partners in February, but the deal has since been terminated, according to a report by CNBC.

Ohio-based L Brands did not detail the closure locations, but there are 42 Victoria's Secret stores in New Jersey and 1,000 nationwide.

There will be 50 Bath & Body Works locations closed in the US and only one in Canada.

Victoria's Secret joins other retailers in permanently closing some of its stores that went dark due to the pandemic.

The company will not provide a second-quarter or full-year outlook due to the pandemic and anticipates the majority of its shops to reopen by the end of July.

USA Today reports total L Brands sales declines 37% in the quarter ending May 2 as nearly all locations were closed during the coronavirus pandemic.

Early signs from retailers like Macy's Inc. and Kohl's Corp that have begun reopening locations shows that stores' sales volume are at about half of what's normal.