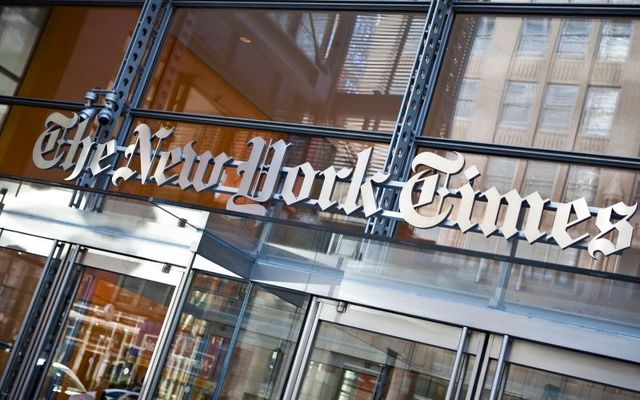 The US leads the world with a reported 1.6 million coronavirus cases and more than 96,000 deaths, according to a tally by Johns Hopkins University. "None were mere numbers", the front page read.

Unfortunately, one of the names had a typo which wasn't fixed until the late edition of the paper was printed later on. Below the main headline is a sub-heading that reads: 'They were not simply names on a list.

With the US on the verge of exceeding 100,000 deaths due to the global coronavirus pandemic, The New York Times Sunday front page listed names of 1,000 COVID-19 victims in memoriam.

The memorial appeared on the front of Sunday's paper underneath the headline: "US Deaths Near 100,000, An Incalculable Loss".

As of Sunday, the United States registered the world's highest number of cases and deaths at 1,622,670 and 97,087, respectively.

The list was so long that it continued into page 12 of the newspaper.

In an article for Times Insider, assistant graphics editor Simone Landon discussed the therapy was a means of customising the catastrophe as viewers as well as team established information tiredness from the consistent coverage of the pandemic.

The Times compiled the 1,000 names by scouring the obits from local papers around the country.

Alain Delaquérière, a researcher, combed through various sources online for obituaries and death notices with Covid-19 written as the cause of death. I find comparison of 100,000 to the deaths from various wars or the population of cities and the like provides a more useful perspective than just a listing of names of people I don't know.

Over 98,000 Americans have already died as a result of COVID-19, with that figure expected to reach over 100,000 in the coming days and weeks.

Currently, US deaths from the virus stand at around 97 000.