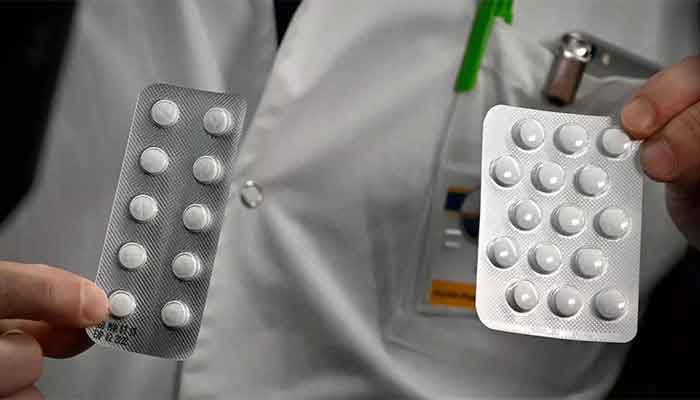 The World Health Organisation (WHO) on Monday (local time) temporarily suspended the clinical trial of malarial drug hydroxychloroquine for the treatment of coronavirus.

Tedros said the executive group behind WHO's global "Solidarity" trial met on Saturday and chose to conduct a comprehensive review of all available data on hydroxychloroquine and that its use in the trial would be suspended for now.

Brazil says it willl continue to use hydroxychloroquine to treat Covid-19 despite WHO's suspension of clinical trials.

Last week, Trump told a news conference he was taking hydroxychloroquine every day for two weeks to ward off the new coronavirus.

"Hydroxy has had tremendous, if you look at it, tremendous, rave reviews", Trump said in an interview on Full Measure with Sharyl Attkisson on May 23, adding, "many people think it saved their lives".

"Finished, just finished... And by the way, I'm still here", President Trump said during an interview on Sunday.

The authors of the study reported that among patients receiving the drug, when used alone or with a macrolide, they estimated a higher mortality rate.

The medical journal's review consisted of 96,000 hospitalized patients diagnosed with the coronavirus in six continents, the largest analysis of medical records on the drug, between December 20, 2019, and April 14, 2020.

The suspension follows a report by the Lancet that some patients who used the drug had ben hospitalized. The large observational study analysed data from almost 15,000 patients with Covid-19 who received the drug alone or in combination with antibiotics, comparing this data with 81,000 controls who did not receive the drug.

However, use of hydroxychloroquine by President Trump is one of the best uses of this medicine as a preventive mechanism against the coronavirus. "But in COVID patients they have shown adverse effects", World Health Organization revealed in their statement.

The Lancet study found that both drugs could produce potentially serious side effects, particularly heart arrhythmia.

The Director-General of the United Nations health agency, Tedros Ghebreyesus, in a virtual press conference on Monday said the decision follows a study in the Lancet indicating that use of the drug on COVID-19 patients could increase their likelihood of dying.

However a World Health Organization special envoy Samba Sow said the continent could face a "silent epidemic" if its leaders do not prioritize testing.

The team also found that many people treated with hydroxychloroquine in combination experienced heart irregularities.