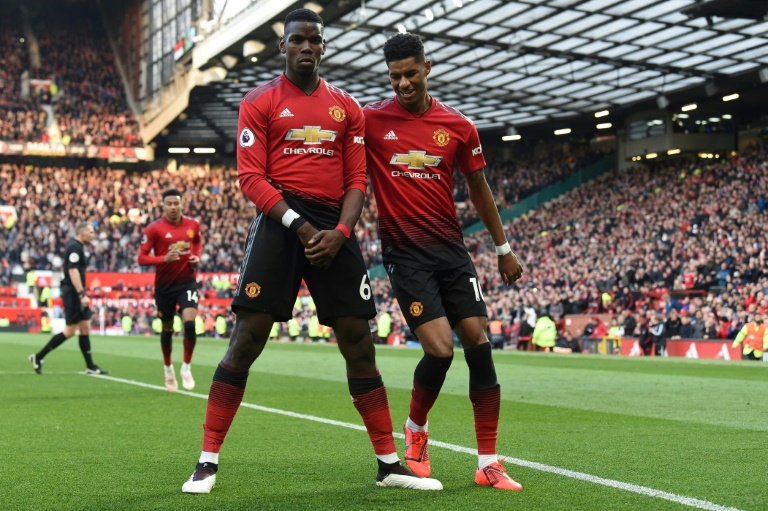 Ole Gunnar Solskjaer has confirmed that Marcus Rashford and Paul Pogba are "looking good" following the return of the injured duo to Manchester United training.

Rashford has been ruled out since mid-January after suffering a double stress fracture in his back, whilst Pogba has made just eight appearances in all competitions this season following persistent injury problems. "No reaction so far, touch wood", Solskjaer told United's website.

"With Gio as well, just coming in, an American kid a year ago, travelled a lot back and forth and still has his breakthrough to come but he's a player you can expect more from him because in training he's on a level". The first step has been coming together, obviously in small groups, but they've enjoyed that.

"It's been a dream for him and hopefully he can finish off what he started, hopefully with a trophy for us".

"Everyone's looking sharp, everyone's been in with a good mood and we've been splitting up in groups, so (working in) fours and fives together and they've really done well".

"Hopefully, they can as I said, step up and go to bigger training groups but so far it's been good".

Rashford recently recuperated fully from injury which has kept him out of action for Manchester United since December previous year.

Ighalo's loan move from Shanghai Shenhua is set to end on May 31 and the Chinese Super League club are keen on bringing the striker back ahead of the resumption of their domestic season. Yes, he might be a talented boy but does he really dig deep and does he get Manchester United out of the mire when the going gets tough?

Pogba returned to Manchester United from Juventus in a club-record £89m deal in the 2016 summer transfer window after he moved to the Italian side in an £800,000 transfer under Sir Alex Ferguson in 2012.

"I think you've got to have that and I don't think Paul Pogba gives you that".

CNN Reporter Covering Protests Gets Arrested On Live TV
After the CNNphotojournalist was detained, his camera was set on the ground and continued to transmit live images. Jimenez and the television crew were released after CNN's Jeff Zucker spoke with Minnesota Governor Tim Walz . 5/30/2020