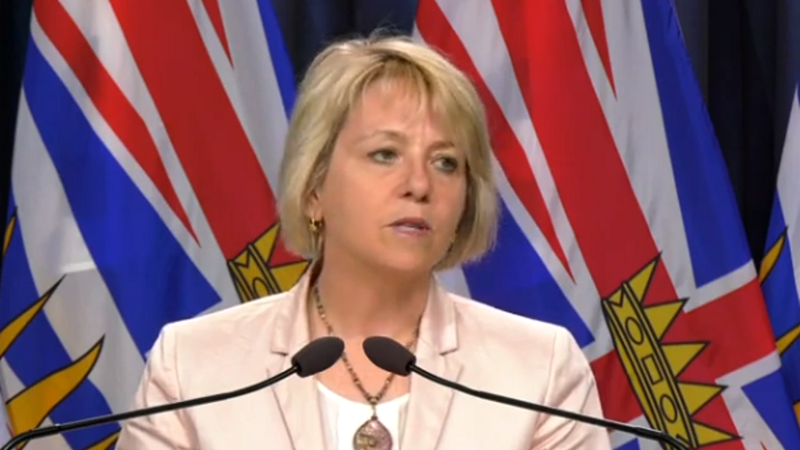 In the latest provincial health update for COVID-19, nine new cases have been announced.

A move to phase three could come later in the month.

"There is not a situation that we can see this summer where overnight camps for youth or for school-aged kids can be done in a way that would prevent transmission of this virus".

Provincial health officer Dr. Bonnie Henry and Health Minister Adrian Dix announced the two deaths - as well as a new outbreak at another long-term care home in the Fraser Health region - at their briefing on the virus Thursday.

The study also makes notes of B.C.'s success at "flattening the curve" of infection through public health measures such as banning mass gatherings, closing restaurants and personal services businesses and requiring worldwide travellers to self-isolate for 14 days.

While Henry did not say whether the person who tested positive was a resident of the care home or a staff member, a news release from Fraser Health indicates that it was a resident.

Fraser Health is actively working to suppress the outbreak, which is the 15th active outbreak among long-term care and assisted-living homes in the province.

One of the issues with these camps, she said, is they are in more remote areas where it can be a challenge to access healthcare. In Wuhan, China, where the novel coronavirus was first detected, the ICU death rate was a whopping 62 per cent.

Of the province's 258 active cases, 37 remain in hospital and seven people are in critical care units. Until today, Henry had been vague on when travel across the province for staycations would be encouraged.

"Yes, I do think middle, maybe end of June, if things continue in the way that we're looking, and certainly into July, if things continue without having peaks and dramatic incresases in numbers of cases in the next couple weeks, then that's the period that we should be looking at", she said.