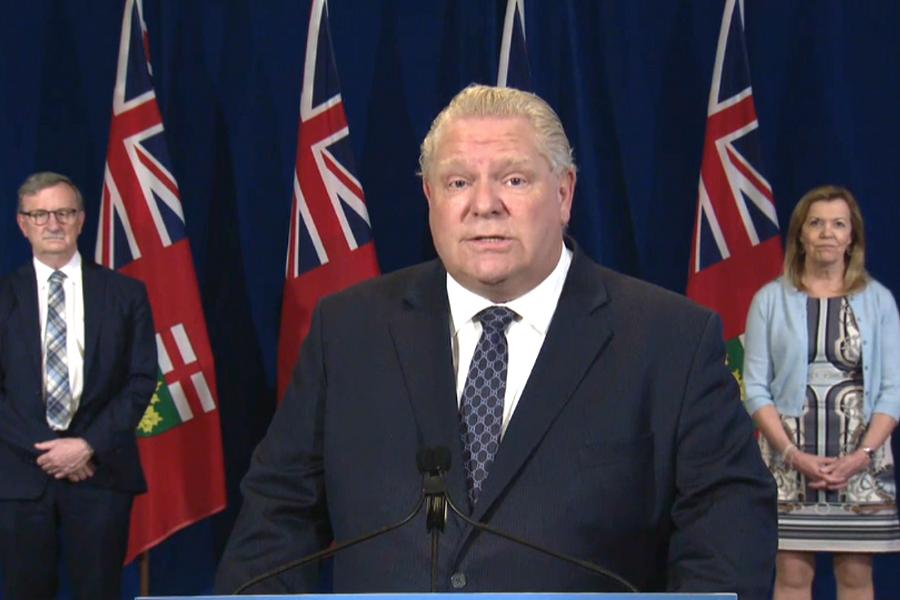 After long insisting that the province be opened up "as one unit", Ontario Premier Doug Ford has changed his tune, saying that he may now consider allowing some regions to progress to later stages of reopening sooner than others.

A total of 801 people have been hospitalized with COVID-19, with 121 patients in intensive care units and 84 on ventilators.

"We are fully prepared to take over more homes if necessary".

Six teams of two inspectors will be deployed at each home to undertake "an expanded and rigorous inspection in monitoring of these homes for two weeks", according to Ford.

The province has reported 310 additional recoveries since yesterday's update, bringing the total number of resolved cases to 20,983. "This is one option that we're putting on the table".

"We can't manage what we can't measure", he explained. "To deliver the level of care that our seniors deserve, the staffing challenges we face in the long-term care sector must be addressed", said Sienna in a statement posted on its website on Tuesday.

Starting today, more people than ever are being urged to get tested for Covid-19, especially vulnerable populations in congregate settings.

York Region Public Health is now supporting seven long-term care outbreaks, the majority of which are in Vaughan, Casey said.

There have been a total of 4,496 cases of COVID-19 in Peel Region since the outset of the pandemic and dozens of new cases continue to be confirmed each day. "As sure as I am standing here we are going to be ramping it up".

The province's initial framework for restarting the economy called for a two-to-four week evaluation period before each stage.

Ontario has at times struggled to meet its daily testing goals, and is now expanding the list of those who can get tested.

The plan, released May 29, includes testing, "aggressive" tracking and tracing of contacts and "population surveillance" to provide ongoing evidence on which to base future policy.

Reserve testing capacity to ensure a rapid response to COVID-19 outbreaks, including in specific neighbourhoods and regions, or hospitals and workplaces.

Officials including the president and CEO of Ontario Health, the head of Ontario's testing approach, and the chief of medical microbiology at the Public Health Ontario lab are set to hold a briefing on the new strategy.