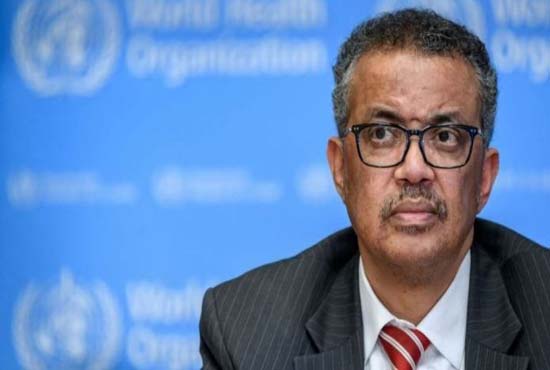 Brazil announced on Saturday that it had signed an agreement worth 127 million USA dollars to start producing locally an experimental vaccine developed by AstraZeneca that has shown promise to fight the COVID-19 pandemic. "It requires active collaboration between governments, industry, health organizations, civil society organizations and communities", WHO director-general Tedros Adhanom Ghebreyesus said during Friday's briefing. The pandemic has highlighted the importance of global solidarity and health should not be seen as a cost but an investment.

Ultimately, WHO and partners say the project needs more than $ 31 billion through the end of 2021, for vaccines, therapeutics and diagnostics to fight a disease that has caused more than 9.6 million confirmed cases and killed more than 490,000 people worldwide. It will start its work soon, he said.

As many 13 experimental Coroanvirus vaccines are now under clinical trials to fight the novel Coronavirus pandemic which has impacted millions of people across the world.

World Health Organization chief scientist Dr. Soumya Swaminathan said during Friday's briefing that "the only way to prevent further spread and transmission" of the coronavirus would be to have an effective and safe vaccine. There is a hope that vaccines will be ready in 12 -18 months. If the vaccine works, they are planning to to make some 300 million doses of the vaccine available in the USA before the end of the year and 2 billion doses available in other countries by early next year. AstraZeneca has the largest global commitment and was the leading candidate in terms of timing.

"We do know that Moderna's vaccine is also going to go into phase III clinical trials, probably from the middle of July, and so that vaccine candidate is not far behind". Between these, the World Health Organisation (WHO) has identified Oxford's COVID-19 vaccine- AstraZeneca as the front-runner. The vaccine is also being trialled in South Africa and Brazil, with Serum Institute of India investing $100 million to mass produce one billion doses for India and other low- and middle- income countries.

Davis Cup finals deferred to 2021 due to corona pandemic
The Davis Cup and Fed Cup have both been postponed until 2021 due to the coronavirus pandemic, it was confirmed on Friday. Rafa Nadal led Spain to the title past year , beating Canada in the final. 6/29/2020

Princeton to remove Woodrow Wilson's name from school over racist history
The building will now be known as the Princeton School of Public and International Affairs, the release says. The state of play: Princeton's board of trustees voted to remove the name Friday. 6/29/2020