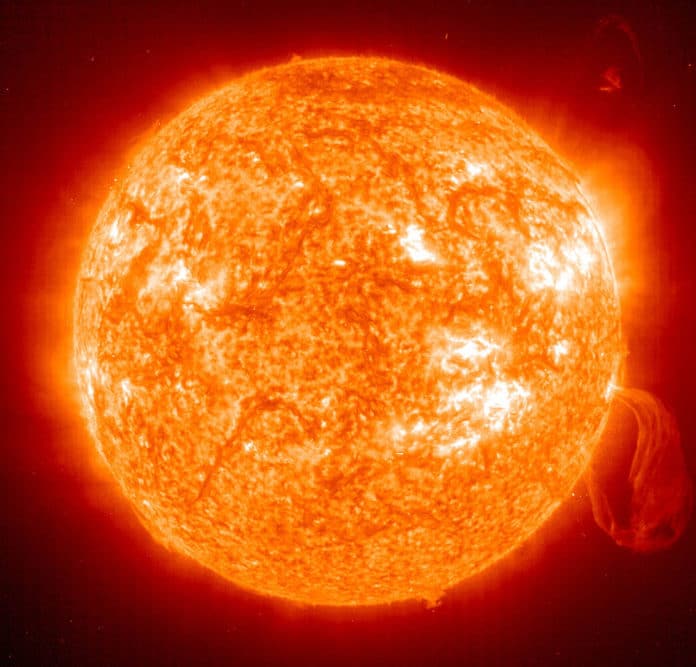 Titled "A Decade of Sun", the video has collected over 6 lakh views on YouTube since being released on Wednesday.

The photographs used for the time-lapse video had been made by the Atmospheric Imaging Meeting - a multichannel imaging machine used for full-disc observations. It tweeted and wrote, On this Sun Day, take a look at a decade of images of the Sun, recorded by the Solar Dynamics Observatory Satellite.

NASA said: "This 10-year time-lapse showcases photos taken at a wavelength of 17.1 nanometers, which is an extreme ultraviolet wavelength that shows the Sun's outermost atmospheric layer - the corona". Till the end of the decade, SDO had utilised total of 20 million GB of space to capture 435 million high resolution images of the Sun.

The SDO, which has been observing the Sun non-stop for more than a decade now, captures an image of the Sun every 0.75 seconds, according to the space agency.

In the upcoming years, SDO and other NASA missions will continue to watch the Sun, providing further insights about "our place in space" and information to keep astronauts and assets safe, added NASA.

Firstly, the Atmospheric Imaging Assembly (AIA) is a battery of four telescopes created to photograph the Sun's surface and atmosphere. To this end it was equipped with three cutting edge scientific instruments capable of probing a range of processes occurring in and around the Sun, including keeping track of its magnetic field and the nature of the stellar wind that streams throughout our solar system. One of those apparatuses is the Solar Dynamics Observatory, an "unblinking eye" that watches the Sun continually.

A longer blackout in 2016 was also caused by a temporary issue with the probe's AIA instrument. The music was composed by Lars Leonhard.

The Sun also appears off-centre in a few images as the SDO was calibrating its instruments at the time.