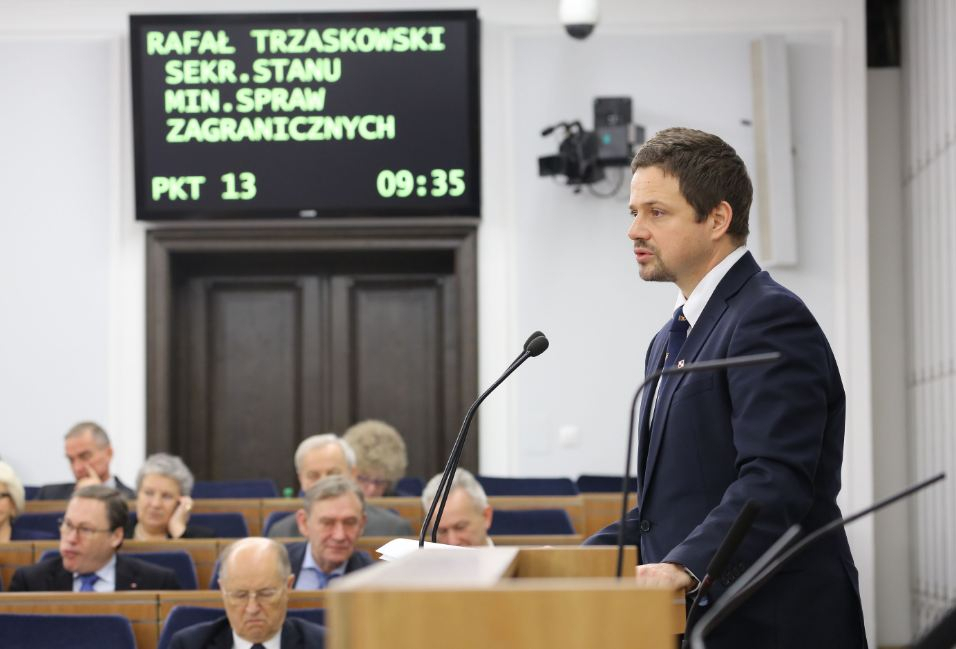 Poland's incumbent President Andrzej Duda's Law and Justice (PiS) party got 41.8% of the votes, according to the exit polls.

The Parliamentary Assembly of the Council of Europe (PACE), observing an election in Poland for the first time since 1991 due to concerns about the rule of law, and the Office for Democratic Institutions and Human Rights (ODIHR) both said voting had been well organised.

While Mr Trzaskowski trailed Mr Duda on Sunday, in a runoff he would be likely to gain many votes from the nine other candidates who have been eliminated, including a progressive Catholic independent, Szymon Holownia, who won almost 14pc.

In the run-off vote Mr Duda will hope to capitalise on his appeal to traditional conservative values and insecurities creeping through the population caused by issues such as globalisation and migration.

However, the President does have the right to veto laws and Trzaskowski has vowed to stop the reform if he were elected, saying it would "erode democracy".

The high turnout was consistent with generally increased participation in recent elections in Poland, attributed to the high level of political polarisation between the governing rightist Law and Justice PiS party and its opponents.

Kazimierz Kik, professor of political science at the Jan Kochanowski University in Kielce in south central Poland, said he believed Duda had "greater potential" than Trzaskowski to mobilise voters who stayed at home on Sunday. Analysis by the OKO.press news portal found that in the three hours after polls closed, public television showed Duda speaking for 56 minutes, while Trzaskowski was featured for just eight minutes. He received more than seven per cent of the vote. "Inflammatory language by the incumbent and his campaign was at times xenophobic and homophobic".

Trzaskowski, however, criticized Duda and the ruling Law and Justice party.

While Trzaskowski trailed Duda on Sunday, in a runoff he would likely gain many voters from the nine other candidates who have now been eliminated, including a progressive Catholic independent, Szymon Holownia, who won almost 14%.

"This result shows that 58% of people want a change and today I want to tell you all, I will be your candidate, I will be the candidate of change".

A far-right nationalist candidate, Krzysztof Bosak, was projected by the exit poll to win 7.4% of the vote, and his voters would also be up for grabs in the runoff. And today I want to tell you all, I will be your candidate.

But as restrictions eased, Mr Trzaskowski replaced an earlier candidate fielded by his Civic Platform party who had dismal poll numbers, adding a new dynamic and some suspense into the race.