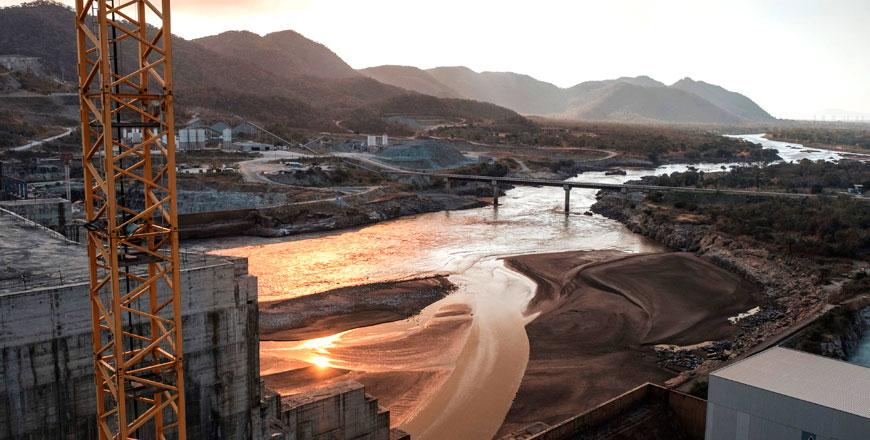 Sudan's state-run media also reported that the impasse between the Nile basin countries had eased, saying the countries had agreed to restart negotiations through a technical committee with the aim of reaching a deal in two weeks. Construction of the Dam started in April 2011.

But Sudan and Egypt downstream first want a legally-binding agreement on how long it will take to fill the dam, and the way it will be operated.

Egypt, Ethiopia and Sudan have agreed that Addis Ababa will delay filling a mega-dam as part of a comprehensive deal on the project that has raised tensions between the three countries, the Egyptian presidency said Friday.

Ms Billene Seyoum, a spokesman for Ethiopia's Prime Minister Abiy Ahmed Ali, said there was "no divergence from Ethiopia's original position of filling the dam" in their consensus reached on Friday.

Egypt and Sudan had said Ethiopia would refrain from filling the dam next month until the countries reached a deal.

Egypt, which relies on the Nile for more than 90% of its water supplies and already faces high water stress, fears a devastating impact on its booming population of 100 million. Sudan, which also depends on the Nile for water, has played a key role in bringing the two sides together after the collapse of US-mediated talks in February.

The GERD is a large-scale hydroelectric dam project under construction in Ethiopia's Benishangul-Gumuz region on the Blue Nile River.

Rady added that the meeting also agreed that a governmental committee of legal and technical experts from Egypt, Sudan and Ethiopia, AU member states and representatives of worldwide bodies monitoring the negotiations, would be formed to help finalize the final binding legal agreement regarding the GERD's filling and operating. The council is set to hold a public meeting on the issue on Monday.

Egypt last week called on the United Nations Security Council to intervene to restart talks on the mega-project and warned that filling the dam without a deal would "threaten global peace and security".

The Prime Minister's Office of Ethiopia said the three countries agreed that the Nile and the Gerd "are African issues that must be given African solutions".

During the virtual meeting, Sisi highlighted Egypt's keenness to reach a fair and balanced agreement "that enables Ethiopia to achieve the economic development it aspires to.by taking into account the interests of the downstream countries, Egypt and Sudan, without harming their water shares".

Over the past few years, tripartite talks on the rules of filling and operating the Ethiopian grand hydropower dam, including those hosted by Washington, have been fruitless.