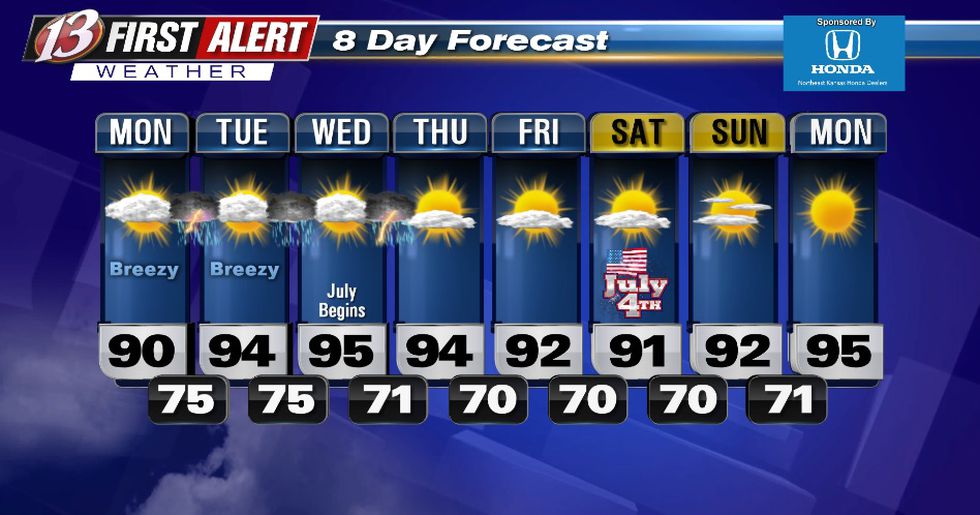 Heat Index will make it feel around 100 so stay cool & hydrated with water. An isolated shower/storm could pop-up this afternoon, but rain will not be widespread.

TODAY: Warm & humid with afternoon storms. West wind around 5 miles per hour. By the afternoon, there will be a chance for a few scattered showers to pop up, and maybe even a light thunderstorm. Mostly cloudy, with a high near 92. Heat indices all week will range anywhere from 95-106. High: 92°. Wind: S 5-15 miles per hour.

Increasing clouds, with a low around 78. 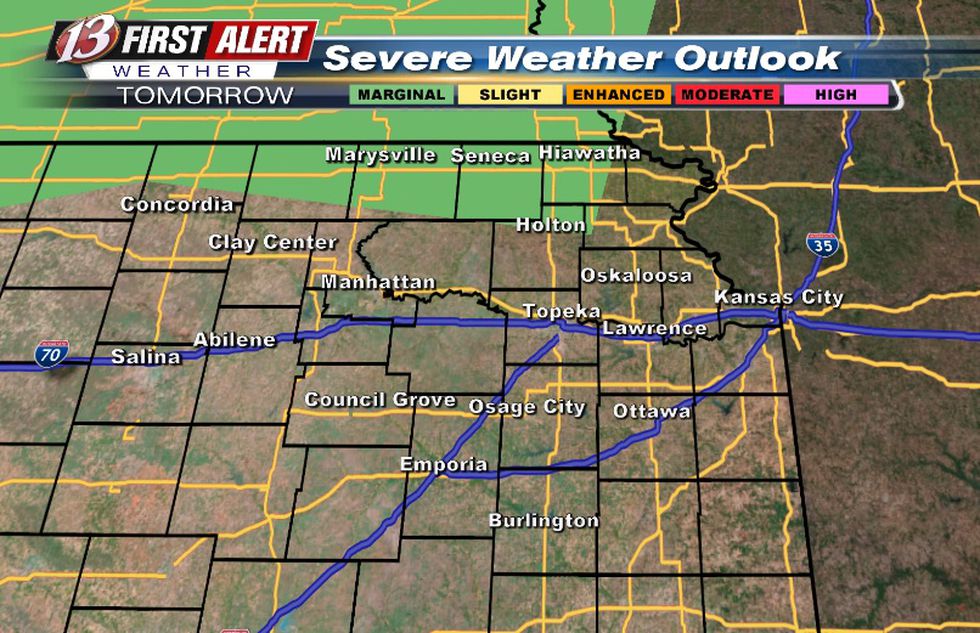 "On the eastern extent, most areas inside of I-495 should be socked in with enough clouds to keep the thunder threat nil", the National Weather Service said, "but thunder could be possible across a larger part of eastern Worcester County into the Providence area".

Tonight: Partly cloudy and warm with lows ranging from the middle 60s in the outer suburbs to low 70s in the city. Partly sunny, with a high near 91.