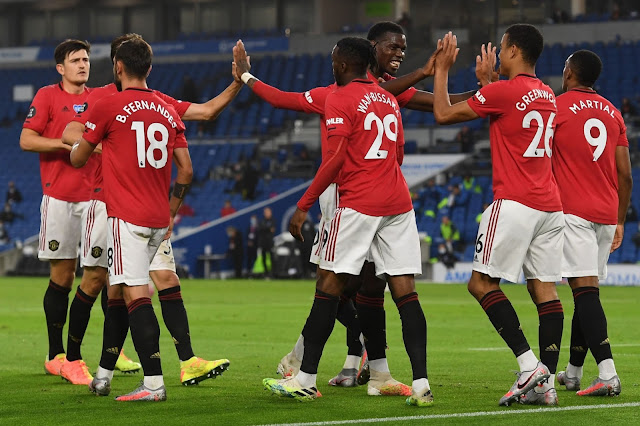 Ole Gunnar Solskjaer has hailed Mason Greenwood as a "special talent" after the teenager helped Manchester United beat Brighton 3-0 at the Amex Stadium.

Solskjaer started his praise of the teenager by stating "He's played fantastically." before going on further, "He's a special kid and we know that when he gets his face up and looks forward that he's risky, but his hold-up play, general play and link-up play was great. I'd have been proud of that goal".

Greenwood's 13th goal of the season in all competitions was the signal for United to take complete control.

"I don't like talking about City but you think of David Silva at Manchester City - that player [that] links all the play together, and I think we've found him in Fernandes". He's a special talent, a special kid that we are going to look after, try to develop into a top top player.

As Manchester United carried the ball up Brighton & Hove Albion's pitch with the speed of the Royal Air Force and the poise of the Royal Ballet, it was an instinctive urge to think back to two goals from Sir Alex Ferguson's era and smile happily that such breathtaking counter-attacking is once again within the gift of those who wear this shirt.

After the game, Ole also praised his new signing, stating "I knew there was a leader there, a victor and we knew we needed that type of player. Fair play and well done to the club for making the deal happen". "It was a great pass by Nemanja, a great cross from Mason and fantastically finished by Bruno so I'm very, very happy with all the goals".

With a run-in that includes games against Bournemouth, Aston Villa and West Ham, Solskjaer's men could enjoy a memorable conclusion to the campaign as they also chase success in the FA Cup and Europa League. "We defend from the front". A win could see them equal last season's points tally with five matches left to play.