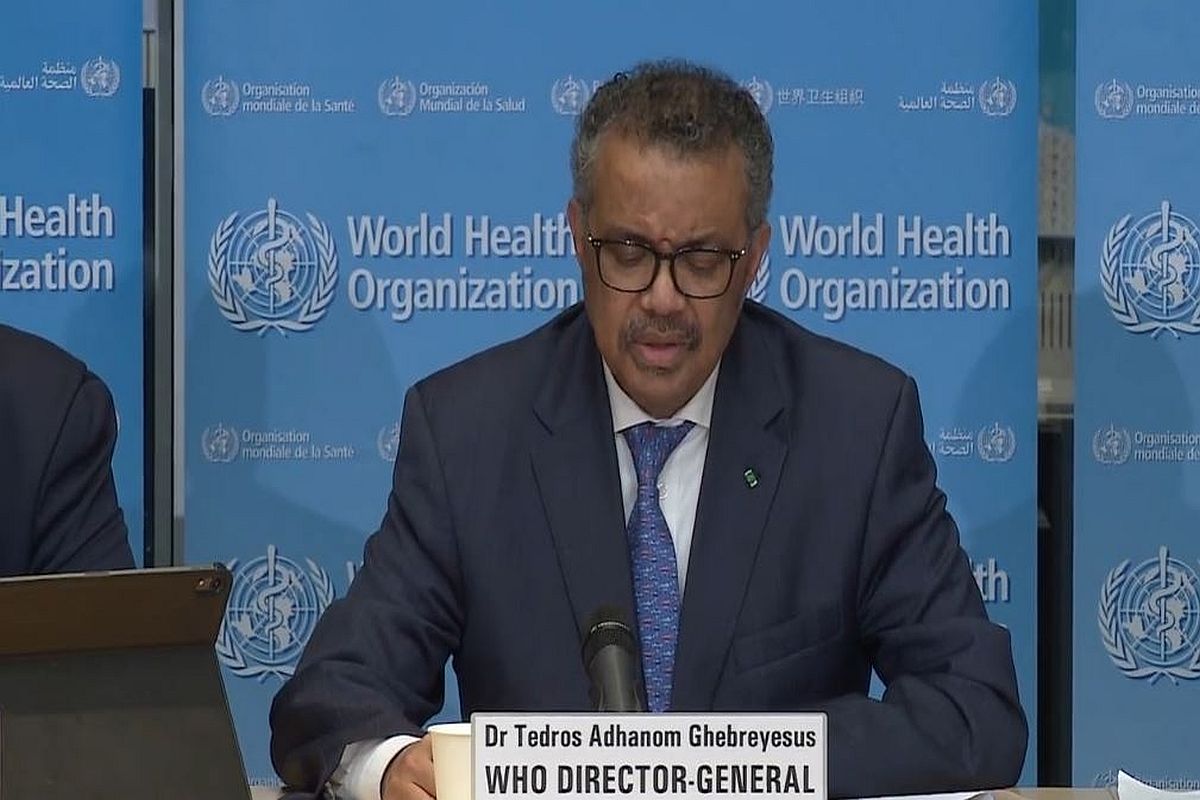 On January 2, the WHO representative in China wrote to the National Health Commission, offering WHO support and repeating the request for further information on the cluster of cases.

Later, the Epidemic Intelligence from Open Sources (EIOS), which is a unique collaboration between various public health stakeholders around the globe, picked up a media report on a program of the International Society for Infectious Diseases (ProMED) about the infection cases in Wuhan, said WHO. However, the global health body did not specify the identity of who notified them of the development.

In April, the World Health Organization responded to Taiwan's allegations by saying, "We have asked how they communicated this to us, because we are only aware of that one email that makes no mention of human-to-human transmission, but they haven't replied".

WHO Director-General Tedros Adhanom Ghebreyesus told a virtual press conference on Monday their team will work on trying to understand how the virus began and prepare for the future.

The visit will take place more than six months after the WHO's Country Office in China picked up a statement from the Wuhan Municipal Health Commission on cases of "viral pneumonia".

Ryan said the world was experiencing a "second peak in the first wave", a situation in which the virus hasn't been suppressed enough to quell transmission to end the first one.

Soon, the WHO's epidemic information service also took note of another report in the US-based global epidemiological surveillance network, ProMed, that mentioned about new cases of pneumonia in Wuhan, whose cause was unknown.

China finally replied on January 3. US President Donald Trump and Secretary of State Mike Pompeo have both made repeatedly said that the virus has actually come from China. The country had contributed $400 million (approximately Rs 3,040 crore) to the organisation past year - almost 15% of its entire budget.

"We expect interim results within the next two weeks".

The World Health Organisation (WHO) on Friday urged countries hit by serious coronavirus outbreaks to "wake up" to the realities on the ground instead of bickering, and to "take control".