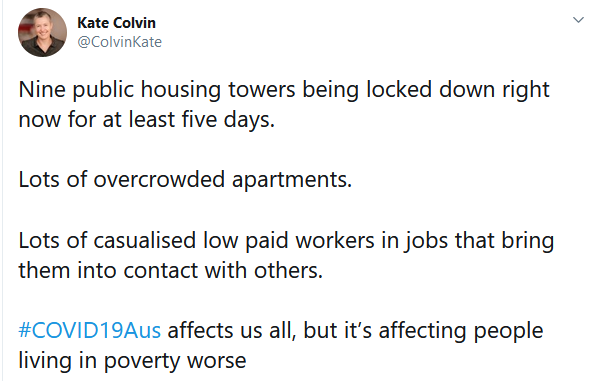 Premier Daniel Andrews said on July 4 the public housing crackdown would affect 3000 people and would require an unprecedented level of help from police.

"The disappointing reality is that the problems in Melbourne's hotspots are directly linked to failures to follow established and successful public health guidelines", he said, pointing to breaches of infection control in the mandatory hotel quarantine program, now subject to judicial review in Victoria, and "irresponsible actions from elite sportsmen".

"We are going to see some big days, big numbers in the days ahead", he told reporters on Sunday.

On Sunday morning local time, Andrews said residents would receive free rent and financial support. The rise is driven nearly entirely by 108 new cases in the southeast state of Victoria.

"This is about protection for you and your loved ones and then, by extension, it's about protecting the entire state and we don't make those decisions lightly".

The spike in Victoria is being closely watched as the rest of the country has reigned in the virus that causes COVID-19. Police will enforce the restrictions, it said. Acting Chief Medical Officer Paul Kelly will hold a press conference later on Sunday.

Victoria's Deputy Chief Health Officer Annaliese van Diemen said these areas with their shared facilities made transmission more likely. Postcode 3031, which include Flemington and Kensington and 3051 of North Melbourne will be included in the list of suburbs in lockdown from midnight tonight. 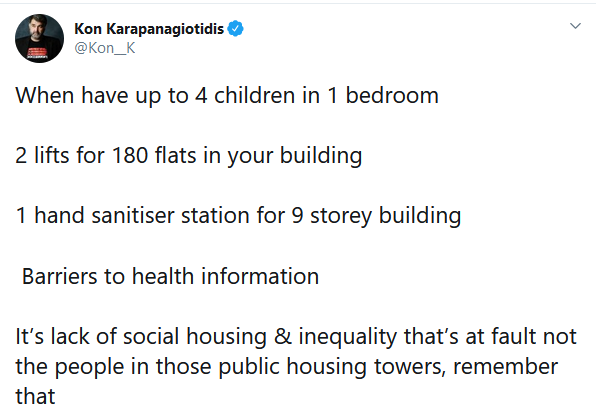 All worldwide flights are being diverted from Victoria while the troubled hotel quarantine program is put on hold for a fortnight.

Following a ban announced earlier this week on worldwide flights into Melbourne, the Department of Foreign Affairs and Trade on Friday capped overseas arrivals into Sydney at 450 people a day from July 4 to July 17 due to strains on quarantine facilities.

Returning travellers are likely to avoid Queensland, where the state government is now charging for accommodation.

In the harshest lockdown so far in Australia during the pandemic, more than 3,000 residents of the public housing towers in Flemington and North Melbourne are not permitted to leave their apartments for any reason, including for food, work, exercise or to provide care to others for at least five days.

Authorities are urging people to remain vigilant and practise social distancing and increased hygiene measures and to dowload the COVIDSafe app.