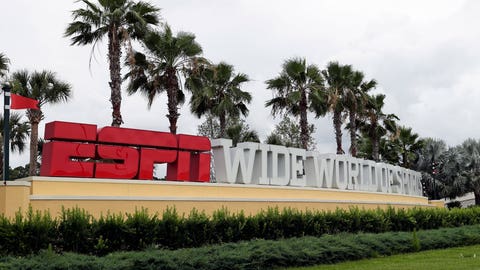 Twenty-two teams are going to the bubble city where they will play a total of eight regular-season games, followed by the playoffs.

Players who miss the required testing this coming week have to arrange for their own travel to the Walt Disney World Resort, according to a league memo obtained by ESPN's Malika Andrews.

According to the memo, ESPN reported that a player can travel on a charter flight at their own expense, travel by auto or fly commercial. If a player flies privately or drives, he will have to have two negative test results before resuming basketball activities. If they fly commercial, they must test negative three consecutive times before rejoining their teammates.

The Los Angeles Clippers and Orlando Magic will play in the first scrimmage, which starts at 3:00 p.m. ET on July 22nd.

Training camp is scheduled to begin from July 9th-29th. Although the Nets won't play their first regular season game until the second day of seeding play (July 31), they will participate in the first day of scrimmages.

The 22 teams playing in the seeding round are scheduled to arrive in Orlando next week.

Kings shut down practice facility after positive coronavirus test
According to Shams Charania of The Athleitc , the 22 returning teams will report to Walt Disney World in Orlando from July 7-9. Milwaukee has become the fourth team to shut down their practice facilities, doing so after a round of tests on Friday. 7/07/2020