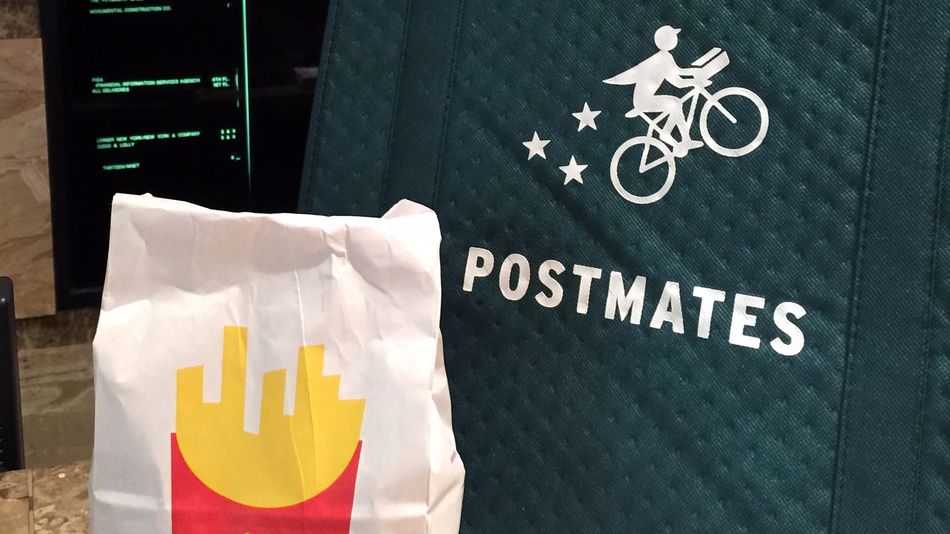 Uber Technologies has agreed to acquire Postmates in a $2.65 billion all-stock takeover expected to be announced as soon as Monday morning in the U.S., according to people familiar with the matter.

The move is just weeks after Uber walked away from a deal to buy Grubhub, which would have given Uber's money-losing restaurant delivery service a leg up on market leader DoorDash.

Pierre-Dimitri Gore-Coty, the vice president of Uber Eats, is expected to run the combined delivery business, according to both The Times and Bloomberg.

Postmates was last valued at $2.4 billion, when it raised $225 million in a private fundraising round last September.

Postmates was founded by Bastian Lehmann, Sam Street, and Sean Plaice in 2011 and says it has grown to include 600,000 merchants across all 50 states.

Last month, Uber lost out in a bid for Grubhub, which would have made it the dominant US food-delivery service.

Uber's board of directors has reportedly approved the acquisition, with an official announcement expected Monday.

Uber closed at $30.68 on Friday, after it had gone up more than 4 percent on initial reports of its bid for Postmates.

Postmates operates in 4,200 US cities delivering food and other products from restaurants and stores to customers' doorstep. Past year the company raised capital at a valuation of $2.4 billion.