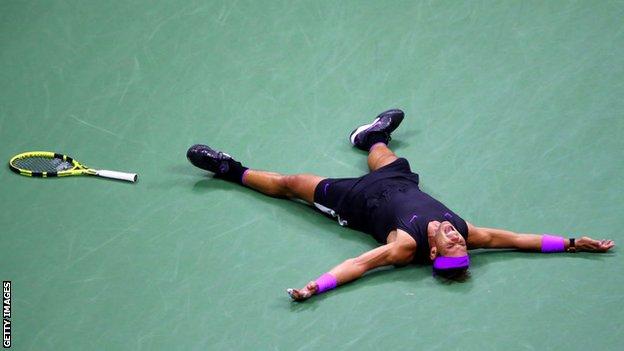 The World No.2 has confirmed that he will take part in the Madrid Open, which has raised serious doubts about whether he will travel to NY for the American grand slam event.

Madrid's showpiece event was postponed from May and is now scheduled to begin on Sunday, September 13, the day of the men's US Open final.

Madrid tournament director Feliciano Lopez, who as a player won the Queen's Club singles and doubles titles past year, wrote on Twitter that Nadal had agreed to play his tournament.

World no. 2 and a five-time Madrid Open champion Rafael Nadal will compete at home Masters 1000 event in September.

"I've spoken with my friend @RafaelNadal and he's confirmed he will take part in Madrid this September", Lopez said.

Rafael Nadal has seemingly signalled his intention not to play at the US Open this year by confirming he will play at the Madrid Masters in September.

Rafael Nadal wasn't very excited about going and play the upcoming US Open and it seems more and more plausible that he will skip the entire North American swing.

Nadal replied to his Spanish compatriot: "See you in Madrid in September".

That tournament will be behind closed doors at Flushing Meadows and it remains to be seen whether the Madrid Open, a Masters Series event, must also operate in the same circumstances.

Leading players, including world number three Dominic Thiem, have said they expect a decision from U.S. Open organizers this week.

Nadal, in addition, has back-to-back titles to defend at Rome and French Open, which follow Madrid in the reshuffled schedule.

Nadal is the defending US Open champion but has previously expressed concerns about travelling to the tournament amid the Covid-19 pandemic.

Ohio State suspends all voluntary workouts after COVID-19 testing results
Missouri athletic director Jim Sterk was asked about the possible rationale for a conference-only schedule. The news comes one day after the Ivy League suspended all fall sports because of the coronavirus pandemic. 7/10/2020