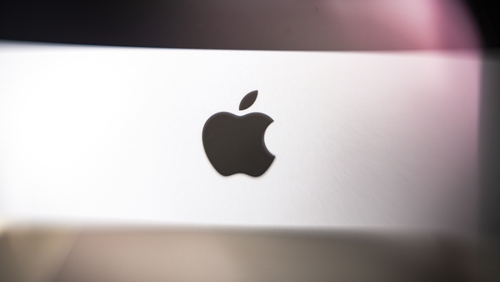 The General Court of the European Union has overturned a ruling stating that Apple should pay almost $15 billion in tax to the Irish Government. Vestager has also tried to reel in American tech companies in matters of competition and privacy.

But the courts countered the Commission's claims, saying that "although the General Court regrets the incomplete and occasionally inconsistent nature of the contested tax rulings, the defects identified by the Commission are not, in themselves, sufficient to prove the existence of an advantage".

"The Commission will continue to look at aggressive tax planning measures under European Union state aid rules to assess whether they result in illegal state aid", she said, following the ruling.

The Commission's decision concerned two tax rulings issued by Ireland to Apple, which determined the taxable profit of two Irish Apple subsidiaries in Ireland between 1991 and 2015.

In many cases, multinationals can pay taxes on the bulk of their revenue across the EU's 27 countries in the one European Union country where they have their regional headquarters.

The Commission has two months to appeal the decision at the European Court of Justice - the bloc's highest court - on points of law only. An earlier Apple statement said that the case "was not about how much tax we pay, but where we are required to pay it".

The company added that it "has paid more than $100 billion in corporate income taxes around the world in the last decade and tens of billions more in other taxes". The Commission concluded that Cupertino, California-based Apple used two shell companies incorporated in Ireland to permit Apple to report its Europe-wide profits at effective rates well under 1 percent.

The ruling is a setback to the Commission's fight - led by Vestager - to reduce the practice of profit shifting whereby multinational companies shift profits from a high tax jurisdiction to a lower one.

Wednesday's decision by the EU's general court is a significant blow for the EU's executive arm in its campaign to stymie profit-shifting by multinationals and limit the power of USA big tech.

Ireland appealed the Commission's order with Apple, but many commentators said it stood to lose whatever the outcome.

Ireland has already changed laws to deal with issues in relation to company residency and has made necessary legislative changes as global tax rules have changed over time, the Minister said. Some EU countries are looking to impose a tax on major digital businesses.

Reliance Jio unveils Jio TV Plus, its new service for JioFber users
A report from Bloomberg Quint now claims Google is in "advanced talks" to acquire a stake in Jio Platforms. Reliance Jio Platforms announced that Google is acquiring a 7.73pc stake in the Indian business for $4.5bn. 7/16/2020

NYC tech guru Fahim Saleh app part of illegal wiretapping case
As a young man, Saleh moved with his family before settling in Rochester, New York, and, later, in Poughkeepsie. Apartments in the 10-storey building where Saleh's remains were found sell for more than $2 million. 7/16/2020

Positive news on Oxfords Covid-19 vaccine may be announced on Thursday
The spike protein is a part of the virus that it uses to invade human cells, but by itself the protein is relatively harmless. But some in the scientific community said they would reserve judgment until they saw the full results in peer-reviewed form. 7/16/2020

Johnny Depps ex-fiancee Winona Ryder to testify he was ‘never abusive
It seemed like a "reverse confession" said Depp while answering his attorney David Sherborne at the London High Court. Depp as an "exceptionally nice person" and added that he had never seen anything "violent or aggressive" with Ms. 7/16/2020

Fourth round of talks with China today
It was not a buffer zone but an arrangement that has to be stretched further to the mutual satisfaction of both the sides. The US NSA said this in response to a question on a clash between India and China on June 15 in eastern Ladakh . 7/16/2020

Naya Rivera 'Mustered Enough Energy' To Save Her Son Before She Died
Ventura County Sheriff, during a press conference on Monday, confirmed to have found her body at the lake. Surveillance video showed the mother and son parking and renting the boat at about 1 p.m. on July 8. 7/16/2020

Reliance Industries to strike another mega deal with Google
Based on the past transactions, if the deal materialises, Google will pick up close to 6 per cent in Jio Platforms . Mukesh Ambani-led Reliance Industries has announced that it is going to enter the 5G segment in India. 7/16/2020

Results show Moderna COVID-19 vaccine safe
Multiple vaccine candidates are expected to get cleared in the first quarter of 2021. "It exceeds all expectations", said Dr. Phase II trials examine how well the vaccine works in creating an immune response within volunteers, and last up to a year. 7/16/2020