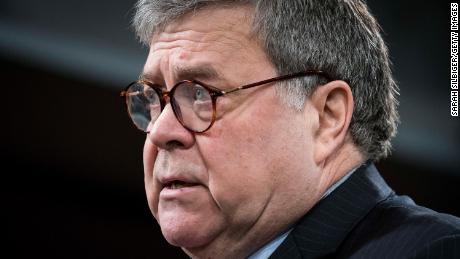 In recent history, sending federal officials into US cities like this is unprecedented, Jayapal said at Tuesday's hearing.

Barr also defended the stunning move by Justice to drop criminal charges against Michael Flynn, Trump's former national security adviser, even though he had pleaded guilty to lying to the Federal Bureau of Investigation about his conversations with a Russian diplomat in late 2016. Democrats repeatedly cut off Barr's responses, accused him of being wrong or lying and made clear they weren't interested in the explanations he was offering.

"There is no precedent for the Department of Justice actively seeking out conflict with American citizens, under such flimsy pretext, or for such petty purposes", Nadler said.

"On the contrary, he has told me from the start, that he expects me to exercise my independent judgement to make whatever call I think is right", Barr said. "But when Black people and people of color protest police brutality, systemic racism, and the president's very own lack of response to those critical issues, then you forcibly remove them with armed federal officers [and] pepper bombs because they are considered terrorists by the president". "That is not the rule of law". Barr said that her comments were risky and could possibly lead to law enforcement officers being put in danger.

He also challenged his critics over the allegations, asking them to point to an indictment under the department that they feel was "unmerited". What enemies have I indicted?

It followed Barr's intervention in several high-profile criminal cases involving people close to Trump. He said the rioting occurring around a federal courthouse in Portland, Oregon, is an assault on the US government, carried out by rioters armed with "powerful slingshots, tasers, sledgehammers, saws, knives, rifles, and explosive devices". Barr testified Tuesday that "violent rioters and anarchists have hijacked legitimate protests" over the death of George Floyd at the hands of Minneapolis police.

Barr told the House panel the violence in Portland is fomented by left-wing, "antifa" or antifascist groups and would "metastasize" to other USA cities if the federal government does not take a stand. Barr said he does not believe there is "systematic racism" in most police departments across the United States even though Blacks are killed by police at a disproportionate rate.

A focus for Democrats throughout the hearing was the administration's decision to send federal police to Portland.

An unsubtle 2020 undertone was present as Democrats sought to pin the Trump administration for failing to get a grasp on the coronavirus pandemic, and Republicans pushed the narrative that Democrats are afraid to stand up to rioters and are letting cities devolve into violence. Rioting began in the city in late May in the wake of Floyd's death, but local and state officials said the unrest further escalated after federal forces were dispatched to the city.

Joey Bosa signs massive, record five-year contract extension
According to sources, $78 million is fully guaranteed at signing, with a total of $102 million overall being locked in. Players and coaches are expected to meet for the first time Sunday at the team facility in Thousand Oaks. 7/30/2020