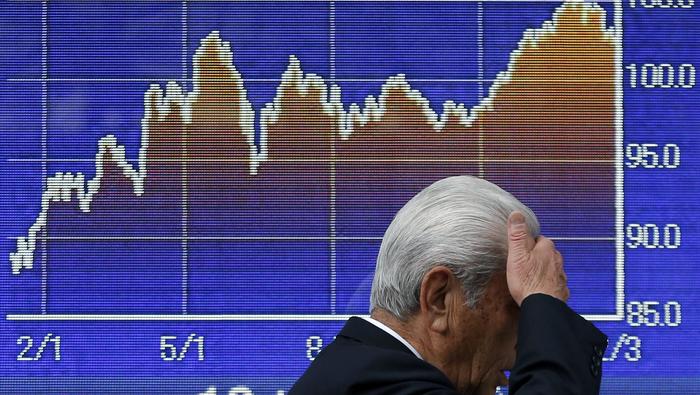 That has tempered hopes of a sharp rebound in growth in the third quarter. "Americans are not behaving well in terms of social distancing, the infection rate is unacceptably high and that means economic growth can not gain any traction".

Compared to the same quarter of 2019, economic activity fell 9.5 percent.

Gross domestic product collapsed at a 32.9% annualized rate last quarter, the deepest decline in output since the government started keeping records in 1947.

"The staggering news of the historic decline of the gross domestic product in the second quarter should shock us all", US Chamber of Commerce Executive Vice President Neil Bradley said in a statement.

"In the first quarter, real GDP decreased 5.0 percent", the BEA declared, noting, however, that the Q2 "estimate" is "based on source data that are incomplete or subject to further revision by the source agency".

The plunge in GDP and faltering recovery could put pressure on the White House and Congress to agree on a second stimulus package. This, together with the sky-rocketing coronavirus infections is keeping layoffs elevated. For the week ending July 25, the number of Americans filing jobless claims was 1,434,000, an increase of 12,000 from the previous week, Labor Department figures show (pdf).

CNN Business reported that the Q2 drop "was almost four times worse than during the peak of the financial crisis, when the economy contracted 8.4% in the fourth quarter of 2008", though noted that the United States "only began keeping quarterly GDP records in 1947, so it's hard to compare the current downturn to the Great Depression". A similar pace of decline is anticipated in business investment. Boeing reported a bigger-than-expected quarterly loss on Wednesday and slashed production on its widebody programs.

Sharp contractions in personal consumption, exports, inventories, investment and spending by state and local governments all converged to bring down GDP, which is the combined tally of all goods and services produced during the period.

Congress is now locked in debate over the size and composition of the next spending bill, with Democrats fighting to retain the US$600 of additional weekly benefits for unemployed workers, while Republicans want to cut those payments and offer protection to businesses that reopen even if some employees are infected.