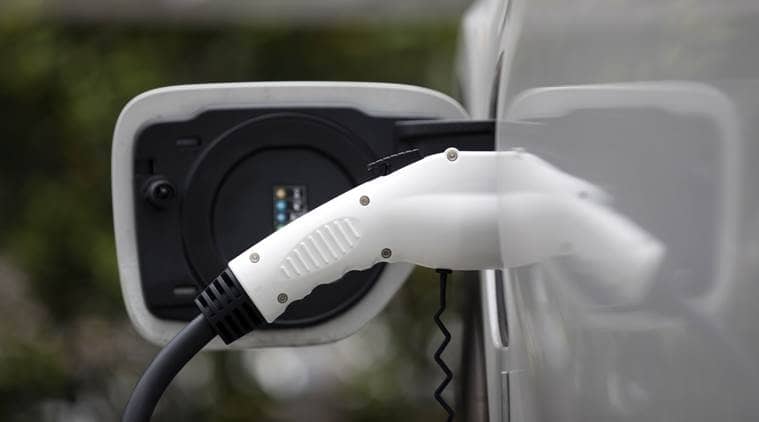 The aim is to put 5 lakh electric vehicles on Delhi roads in the next five years. "The incentives declared under this policy will be beneficial to the customers and will certainly help Delhi achieve its goal of electrification of vehicles", said Naveen Munjal, MD, Hero Electric - India's largest electric two-wheeler maker.

"I would like to congratulate the Delhi government on launching the new electric vehicle policy that will go a long way in boosting Delhi's economy, creating jobs and reducing air pollution in the national capital".

Announcing a "scrapping incentive" under the policy, Kejriwal further said that up to Rs 30,000 for 2-wheelers, autos, e-rickshaws and up to Rs 1.5 lakh for cars will be given as financial assistance under the electric vehicle policy.

Addressing a press conference the chief minister said, "We have notified the Electric Vehicle Policy today". While the policy has been rolled out for the next three years, the chief minister said they will keep reviewing and updating it from time to time. He said that the objective is that by 2024, 25% of all new vehicle registrations should be for EVs.

An EV Cell has also been set up to ensure ground-level implementation of this new measure. "This policy is the most progressive in the country and will be counted as one of the better ones anywhere in the world", he said. The government is also planning to set up 200 charging stations in the capital. It will waver the registration fee on all electric vehicles and will offer an interest waiver on loans for commercial EVs. "For now, this policy is for three years but we will make changes in this time span if required".

However, the same rules were not applied for Delhi as the government received no new order from central authorities.

The Delhi government has also planned for steps to improve the infrastructure and awareness around EVs with this policy. While the state government is offering a 100 percent subsidy on charging equipment, costing up to Rs 6,000 per unit, subject to a limit of 30,000 chargers, the CM also announced the setting up of 200 charging stations in the city within the next year. Although the exact details of this rebate haven't been specified, buyers who replace their old, conventionally powered vehicles with new EVs will be given more incentives. All the leased cars used for the commute of Delhi government officers will be transitioned to EVs within the next 12 months.

Top Democrat says Trump can’t solve the coronavirus aid problem by himself
Democrats have not budged so far, arguing that the new percentage-based system can not be adopted quickly in scores of states. Pelosi said the parties are a "couple hundred billion dollars apart" on how much money to allocate for reopening schools. 8/09/2020

Kanye West Hints He's Running Spoiler Campaign Against Biden
But in a last minute flurry, Ye's name has been added to the ballot in several key swing states like OH and possibly Wisconsin . A few hours after the Forbes article dropped, the Yeezy clothing designer tweeted, "THE GOAL IS TO WIN ". 8/09/2020

Canada plans $3.6B in retaliatory tariffs
Bruce Heyman, a former US ambassador to Canada, said he has not heard specifically that steel will be targeted. To be sure, there's only so much benefit that Canadian producers can gain from sales of value-added products. 8/09/2020