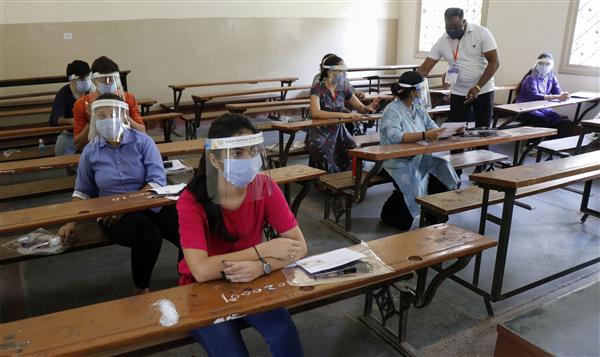 On August 14, the Supreme Court will also be walked through the entire scheme of the UGC to help conduct the examinations safely, Mehta said, adding that in the meanwhile, students ought to keep preparing for the final year examinations.

A bench headed by Justice Ashok Bhushan had conducted the hearing and had posted the matters for further hearing on August 10.

UGC told the SC through solicitor general Tushar Mehta that under the Constitution, UGC was the sole body authorised to take a decision on examinations and questioned the states' authority to cancel final year exams.

Advocate Alakh Alok Srivastava, appearing for some of the petitioners, claimed that the July 6 guidelines for holding exams are neither legal or constitutionally valid.

He argued that UGC is the only body that can prescribe rules for conferring a degree, and state governments cannot change the rules.

The Delhi government's affidavit came in response to the top court's direction in a plea filed challenging the UGC's mandate to conduct all final year exams by September 30.

However, the affidavit cited some vice-chancellors of certain universities in favour of wrapping up at least the final semester exams, but the Delhi government chose to stick to its decision of not holding the exams. He asked the top court for time to file a reply to Delhi and Maharashtra governments' affidavits, wherein they said that they had chose to cancel the exams in the state universities.

On July 7, UGC said that the end-term examination for all final-year students would have to be mandatorily held by the end of September 2020 in offline (pen & paper), online or blended mode.

The affidavit states that the Deputy Chief Minister/Higher and Technical Education Minister of the National Capital Territory of Delhi has finally decided that all Delhi State Universities should cancel all written online or offline semester examinations including final year examinations.

The UGC had earlier told the court that nobody should remain under the impression that since the Supreme Court is examining this issue, the final year or semester examination would be stayed.

On July 30, UGC had informed the SC that if students are unable to appear for the examinations by September 30, he/she will be given an opportunity to appear at specially conducted exam at a later date. The petitioners had also said that job prospects and future admission opportunities for students will be hampered.

US sees election threats from China, Russia and Iran
A responsible President would then emphasize punitive measures for these attacks as part of a strategy to deter more of them. China has stepped up its efforts to influence the political environment "ahead of the ballot, Mr. 8/12/2020