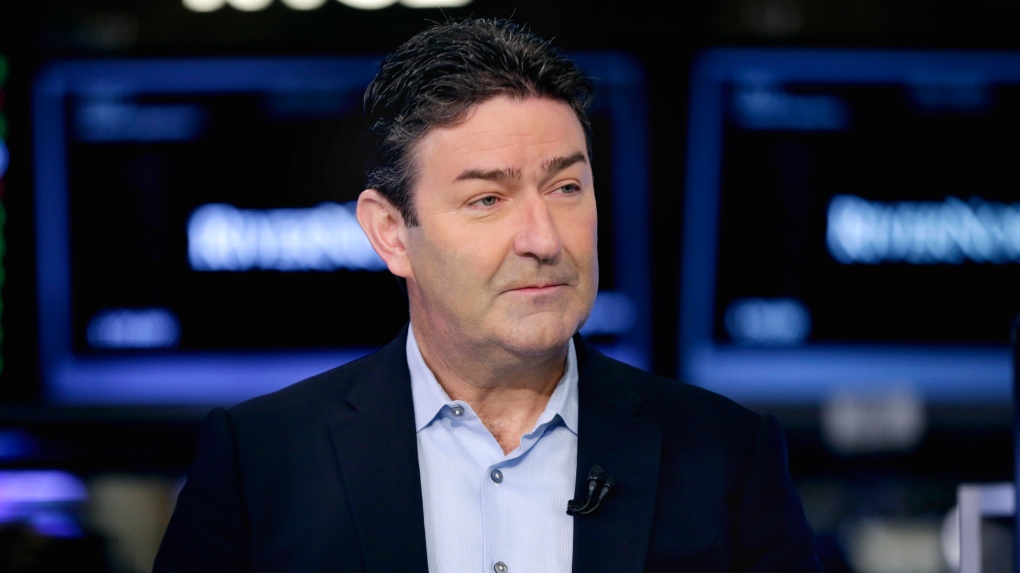 Following the lawsuit, McDonald's is trying to get back stock options and related compensation that was given to Easterbrook previous year, which is estimated to be worth more than $40 million.

Disgraced former McDonald's chief executive officer Steve Easterbrook, after admitting in late 2019 that he had a non-physical consensual relationship with an employee, faces a lawsuit from the fast food giant.

McDonald's alleged that Easterbrook destroyed evidence of those relationships and sexually explicit photos and videos sent from corporate email accounts inside his cell phone.

In the suit, McDonald's said its severance plan with Mr. Easterbrook included a provision that it can stop payment of benefits and require the former CEO to pay back severance if it determined at any time that he committed an act that would have allowed him to be fired for cause.

'Agreement Based On Fraud' McDonald's signed an exit package with Easterbrook that amounts to an "agreement based on fraud", criminal defense attorney Nicole Blank Becker also told Fox Business.

Easterbrook was lovin' it until July when McDonald's received an anonymous tip that Easterbrook did, in fact, engage in a sexual relationship with another employee.

According to the complaint, the evidence against Easterbrook includes dozens of naked or explicit photographs and videos of various women, including some employees, that Easterbrook had sent as attachments to his personal email account from his work account. McDonald's board ended up approving a separation agreement "without cause" based on the information the company knew.

"McDonald's does not tolerate behavior from employees that does not reflect our values", said McDonald's President and CEO Chris Kempczinski, who was promoted following Easterbrook's departure, in a message to employees Monday.

The fast-food company had been under pressure over allegations of workplace sexual harassment before Easterbrook's termination, and Kempczinski emphasized the importance of staff and franchisees feeling able to blow the whistle on "any behavior that doesn't align with our values".

Easterbrook became CEO and president of McDonald's United Kingdom in 2006, having joined McDonald's from PricewaterhouseCoopers in 1993 as an accountant.

"[He] was knowingly untruthful with McDonald's investigators", the complaint said. Hertz Global Holdings Inc., for instance, sued its former CEO to recoup compensation after a federal investigation prompted the company to restate several years of financial results.

Since 2015, when Stephen Easterbrook took over McDonald's, the company's stock has more than doubled by the end of 2019. Last October - a month before Mr Easterbrook was sacked - McDonald's introduced a new harassment training program for its 850,000 U.S. employees. His firing and removal from the board was announced on November 3.

Mr Easterbrook got $675,000 (€573,000) in severance and health insurance benefits and stock awards that were valued at more than $37m. Stockholders in May approved total compensation and equity awards for Mr. Easterbrook.

But Hubbard applauded McDonald's for reopening the investigation when new information came forward.

Mr. Kempczinski, who served under Mr. Easterbrook as the head of McDonald's US business, pledged to overhaul the company's culture after assuming the job in November.

Victoria announces eight more deaths, 278 new coronavirus cases
The virus has been effectively eliminated outside of Victoria and NSW. "The danger is still on our doorstep". But it also recently had new cases of the virus after 102 days with no local transmissions. 8/14/2020

Court tells Uber, Lyft to classify drivers as employees
Mike Feuer, Los Angeles City Attorney, described the ruling as "a resounding victory" for drivers. Schulman delayed enforcing his order by 10 days to allow appeals, which Lyft said it will pursue. 8/14/2020

Two Atletico players test positive for COVID-19
They've kept a clean sheet in three of their last five games, after failing to keep a single one in any of their previous nine. All activities at Atletico's Wanda Alcala de Henares training center have been shut down while it was disinfected. 8/14/2020

Atalanta's magic season ended against PSG but their story's far from over
But PSG equalized in the 91st minute as Brazilian defender Marquinhos put the ball into the Italian side's net. The Champions League is finishing its season with a last-eight mini-tournament played in two Lisbon stadiums. 8/14/2020

Xbox Series X Global Launch Confirmed for November
To do that, we will need some more time to finish the critical work necessary to launch Halo Infinite , which will come in 2021. First, the company has confirmed that the Xbox Series X is formally launching in November, with support for thousands of games. 8/14/2020

Serena Williams wins on return to action at Top Seed Open
Williams appeared to turn her left ankle slightly and she fell backward on one return, losing the point and the next game. On Serena Williams' end, she has been on a slump, failing to hit her mark in four tournaments. "I know my baby's cough". 8/14/2020