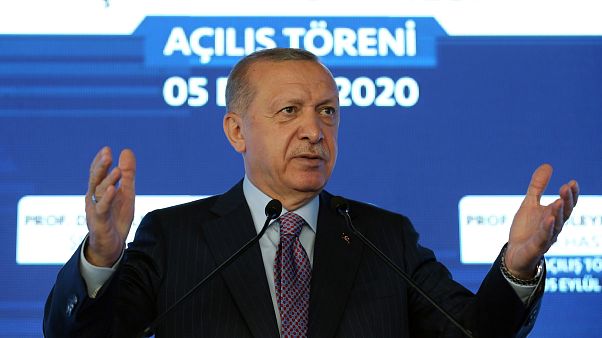 NATO Secretary General Jens Stoltenberg announced on Thursday that both sides have at least agreed to prevent "incidents" in the contested waters of the Eastern Mediterranean.

A statement from Erdogan's office said the Turkish leader wants an arrangement in which resources in the Mediterranean are shared "fairly" and complained that Greece, Cyprus and the countries backing them were the ones escalating tensions.

Germany has already launched a diplomatic effort for Ankara and Athens to engage in talks.

A Turkish Foreign Ministry statement said Turkey was ready for a dialogue to resolve disputes.

However, NATO officials insisted that the first talks between the two NATO allies took place on September 3 in Brussels.

Deployment of the Oruc Reis research vessel triggered the latest round in the dispute.

"Greece showed once more than it's not in favor of dialogue", Turkish Foreign Minister Mevlut Cavusoglu told reporters in Ankara.

The current crisis is the most serious in the two countries' relations in decades.

Foreign Minister Nikos Dendias' meeting with UN Secretary-General Antonio Guterres will focus on "issues of worldwide and regional interest, with an emphasis on current developments in the eastern Mediterranean and the Cyprus issue, as well as the role of the UN", the Greek Foreign Ministry said.

"In Athens, Greek Prime Minister Kyriakos Mitsotakis informed that Greek Foreign Minister Nikos Dendias was heading to NY to meet U.N. Secretary-General Antonio Guterres to deliver a letter from him to Guterres detailing about what he said was Turkey" s illegal activity in the region.

Speaking with China's top diplomat Yang Jiechi in Athens, Mitsotakis said Greece faces aggression from Turkey and "actions that dispute every rule of the United Nations charter, with rhetoric that distorts history and changes geography, undermining legality and with actions that are endangering security in the entire Mediterranean".

However, Greek Prime Minister Kyriakos Mitsotakis on Friday morning said in televised remarks that in order for talks to begin, Turkey must stop its "threats".

"We would like to take this opportunity to remind that our country is ready for a dialogue with Greece, without preconditions, in order to find permanent solutions that are just and fair to all issues between us within the framework of global law", the statement read.

Turkish president Recep Tayyip Erdogan has announced several extensions to his exploration programme despite the threat of European Union sanctions.

On the question whether there is any conclusion in the probe opened into the recent French-Turkish incident, a North Atlantic Treaty Organisation official told EURACTIV that "NATO's Military Authorities have submitted their report on the incident between Turkey and France in the Mediterranean" and as this is a classified report no results will be shared publicly. Since then, they have lived in an uneasy détente.

Tensions are running high over Turkey's drilling activities in the eastern Mediterranean which Greece and Cyprus say violate their sovereignty.

The two leaders agreed on a "need to reduce regional tensions", according to Merkel's spokesman, Steffen Seibert.

"It is not useful to increase military tension in the region - only negative things can flow from that", Pompeo added.

Pakistan down England by five runs in final T20I to level series
Soon, Dawid Malan fell to Imad Wasim , caught smartly in the deep by Fakhar Zaman, to leave England 26 for 2. The first match in the series was abandoned due to rain, while England won the second by five wickets. 9/05/2020