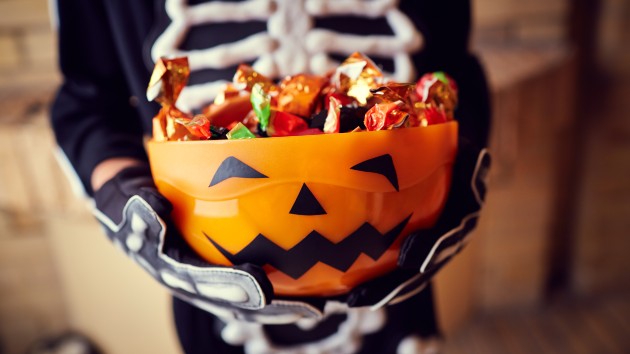 Online parties/contests with costumes and pumpkin carving. By Wednesday, nevertheless, the guidelines were changed, with trick-or-treating noted as "not recommended, "instead of" not permitted.". Should all trick-or-treating be allowed to go on as normal? "It's just not sensible in a pandemic", she said. "We don't think it's an appropriate activity during a pandemic". "We are recommending that trick or treating not happen this year and that gatherings, events, parties, carnivals, festivals, haunted house attractions: these are already prohibited under the Health Officer Order and should not be part of our Halloween celebrations".

Halloween gatherings, events or parties with non-household members are not permitted even if they are conducted outdoors.

Hopefully, the parents accompanying their kids will make sure they are social distancing from other trick or treaters.

Officials cited a series of safe activities residents can partake in to replace the traditional ones.

To celebrate the holiday, the county's public health department said residents could organize online parties and auto parades, in which participants remain in their vehicles.

As far as what will be allowed this Halloween, Public Health suggested several alternative activities such as Halloween-themed movie nights at drive-ins, physically distanced vehicle parades, drive-thru events where all participants remain in their cars and Halloween-themed art installations at outdoor museums.

Additionally, the county has graciously agreed to allow homeowners to "Dress up homes and yards with Halloween themed decorations".

A group representing the candy industry chided LA County for not including "a more creative and safe approach to trick-or-treating" in its guidelines. It will be interesting to see what Halloween looks like in 2020.

And on Wednesday, organizers of New York's Greenwich Village Halloween Parade - which typically draws some 50,000 marchers to Sixth Avenue - said this year's event will not take place.

Federal health officials have not yet weighed in, though some lawmakers have asked them to do so.

Last week, Los Angeles Mayor Eric Garcetti announced a bit of "good news", saying that the number of patients hospitalized with Covid-19 in the city had dropped to its lowest level since early April.