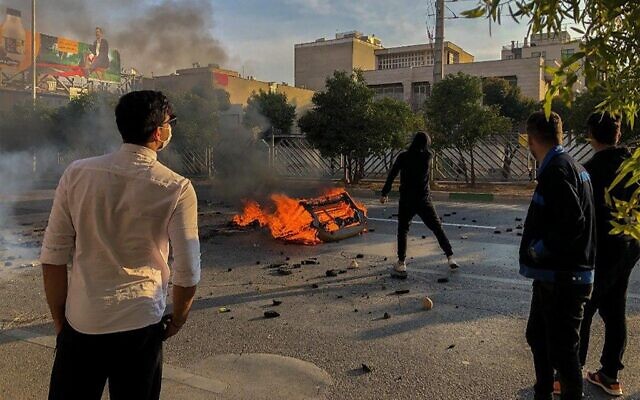 The International Olympic Committee in a statement Saturday said it was shocked and saddened by the news of the wrestler's execution, and that the committee's president, Thomas Bach, "had made direct personal appeals to the Supreme Leader and to the President of Iran this week and asked for mercy for Navid Afkari".

Iranian wrestler Navid Afkari has been executed after being convicted of stabbing a security guard to death during anti-government protests in 2018.

Afkari was convicted of a killing a man in the southern city of Shiraz in 2018 during mass anti-government protests. The Iranian judiciary refuted the allegations.

Imprisoned Iranian human rights lawyer Nasrin Sotoudeh - herself almost a month into a hunger strike over conditions at Tehran's Evin prison - reportedly spoke out in support of Afkari. It said Afkari's mobile phone had been in the area and it showed surveillance footage of him walking down a street, talking on his phone.

"It was brought to my attention".

"Trump is anxious about the life of a murderer while he puts many Iranian patients' lives in danger by imposing severe sanctions", the agency said. "First, he's a human being". "Number two he is one of us, could be any of my fighters". "He said "let us look into it, we'll talk to my administration and see if there is something we can do to save his life".

A day later, Afkari had called his family and informed them that he was being held in Adelabad prison in the city of Shiraz with high security and harsh conditions.

"Hearing that Iran is looking to execute a great and popular wrestling star, 27-year-old Navid Afkarai, whose sole act was an anti-government demonstration on the streets", President Trump tweeted on September 3.

There had been an worldwide outcry over Afkari's death sentence, which was carried out on Saturday morning "at the insistence of the parents and the family of the victim", according to the justice department in southern Fars province.

The death sentence had been carried out at "the insistence of the victim's family", said Mousavi, the prosecutor general for Fars province.

Iranian journalist Masih Alinejad wrote, "In a taped message from inside the prison, Navid said: 'If I'm hanged, know that an innocent man has been killed'".