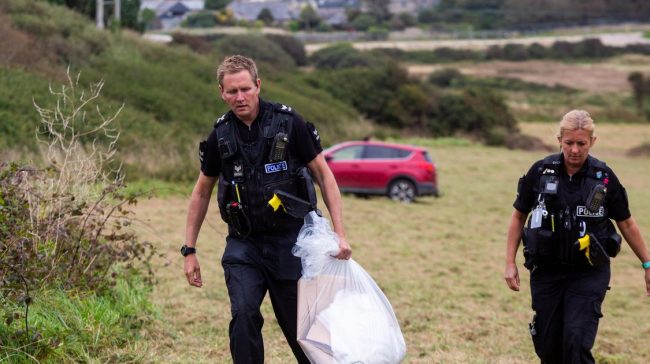 Home Secretary Priti Patel has condemned the attack as "unacceptable". "My thoughts are with our officer".

She wrote on Twitter: "A truly appalling and unacceptable incident".

Meanwhile, Policing Minister Kit Malthhouse said: "All thoughts with this courageous officer and his family".

A spokesman for Devon and Cornwall Police said: "Police were called to Trevenson road, Newquay at around 10.20am today following reports of a male behaving aggressively".

It is not yet clear what the exact nature of the burns are.

While at the scene, an officer was assaulted and sustained "a number of burns to his arms and legs".

Ian Drummond-Smith, chief superintendent of police at Cornwall and Isles of Silly, said: "Police were called in to help evict the bailers on private land". My thoughts are with our officer.

A 30-year-old man has been arrested for allegedly trying to kill a police officer after the attack.

He is said to be conscious, able to talk, and sitting up in bed at Royal Cornwall Hospital in Treliske where he was taken by air ambulance.

It is understood the incident was not connected to the school in anyway.