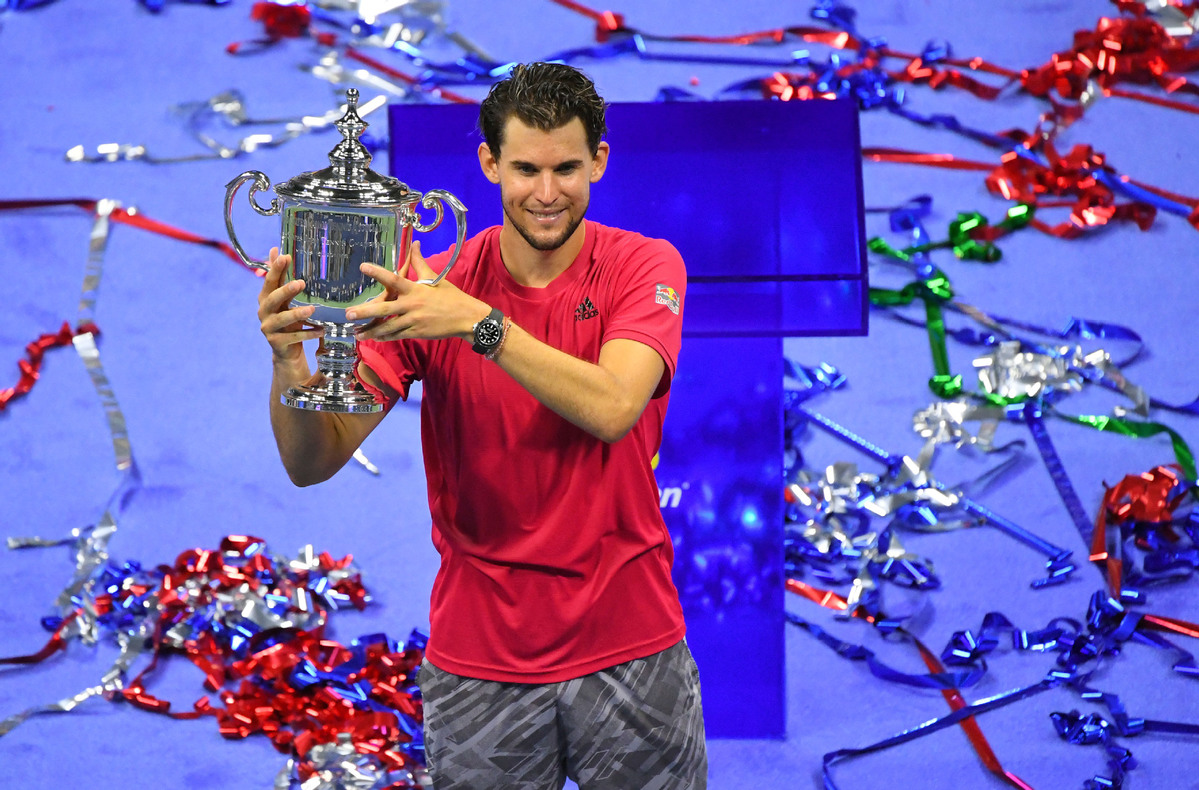 Dominic Thiem's nerves undermined him at the start of his U.S. Open final against Sascha Zverev on Sunday and his body nearly betrayed him at the end.

He gradually broke the shackles to hit back from a break down to take the third, however, and Zverev faltered on serve at 3-4 in a high-quality fourth set allowing Thiem to take a slow-burner of a contest to a decider.

Thiem finally clinched it 8-6 in the tiebreak on his third match point, having made a awful mess of two straightforward forehands when he had chances at 6-4 and 6-5 after two double faults from his opponent.

The 27-year-old from Austria is the first man to win the American grand slam tournament after trailing 2-0 in sets in the final since Pancho Gonzalez did it against Ted Schroeder in 1949 at an event then known as the US Championships.

Thiem hopes to play more freely with fewer nerves in future, having finally tasted success at one of the sport's biggest stages while also becoming the first man since Croat Marin Cilic won the 2014 US Open to secure a maiden Grand Slam trophy.

He lost again to Nadal in the 2019 French Open final an d fell to Djokovic in this year's Australian Open final.

Djokovic, Federer and Nadal brushed off the competition after Cilic's unlikely 2014 win at the US Open, and while age means they are unlikely to make it another six-year wait for another player following Thiem's victory, it will be down to the younger generation to prove this recent outcome was not an anomaly inspired by the weird circumstances of Djokovic's exit. I couldn't put two words together.

Normally, the US Open closes each grand slam season, but what about 2020 has been normal?

The first set lasted 30 minutes and when Zverev went 5-1 ahead in the second a stunned Thiem was looking up forlornly at his coach Nicolas Massu. The next two games went with serve before the second seed carved out his first break of serve of the match.

But with a chance to serve out the biggest win of his nascent career, Zverev faltered, getting broken right back when he pushed a volley into the net.

The fifth set was just as back-and-forth as the other four; the mistakes rising with the tension and the history in the offing.

Thiem's level improved as both held comfortably to begin the fourth set, although the Austrian was passive as he squandered two break points in the sixth game.

There's some special people missing from the crowd today.

"[My parents] were there with me for every tournament", he said. They're always with me.

Incredibly, Zverev broke back to send a dramatic match into a deciding set tie-break.

"For Thiem to get himself back into it, both mentally and physically, was fantastic".

Zverev said it hurt to lose in the manner he did.

At the moment of victory he collapsed to the court in elation and exhaustion before sharing a hug with a disconsolate but sporting Zverev.