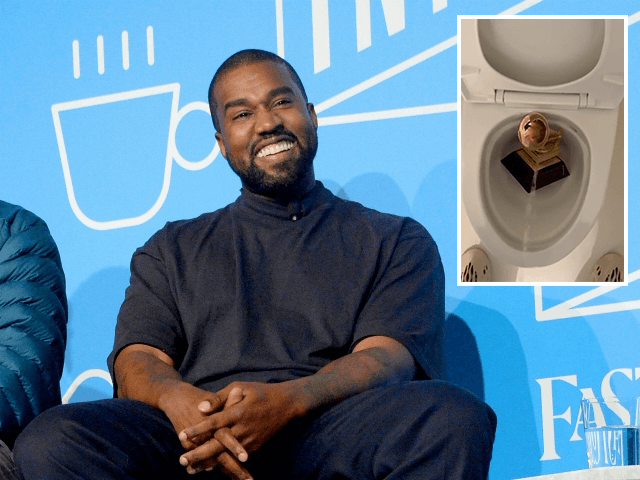 American rapper Kanye West has tweeted a video of a Grammy Award in a commode, with someone urinating on the trophy. And yes, Kanye threw one of his 21 Grammy awards into the toilet and URINATED on it.

"Trust me. I WONT STOP", he captioned the video posted to Twitter.

Kanye West's friend claims the rapper has been "kicked off" Twitter.

Image caption The star says he won't release new music until he is released from his recording contracts. As he's found himself dealing with controversy within the realm of politics, namely his desperate bid to get on the ballot, he's recently taken issue with the record industry at large.

Later in the day, he reportedly tried to contact Universal and Sony about being released from his contracts.

In another tweet, he said, "I wonder if Universal gonna call me. I am very humble and feel that God has put me in a strong position to do so ..."

West had encouraged his fans to call the supervisor of Forbes magazine, and he incorporated a screen capture of a phone number he said had a place with the manager. They all had to do this to get back their ownership in their music. Someone else controls where it's played and when it's played. "Artists have nothing accept [sic] the fame, touring and merch".

On Wednesday, he added: "The artist deserve to own our masters ... artist are starving without tours ..."

He continued by mentioning: "I have the utmost respect for all brothers" and insisting: "no more dissing each other on labels we don't own".

West has also been encouraging other musicians to follow his lead, writing that he needs to "see everybody's contracts" and casting himself as a Moses-like figure. I promise I have more ideas.