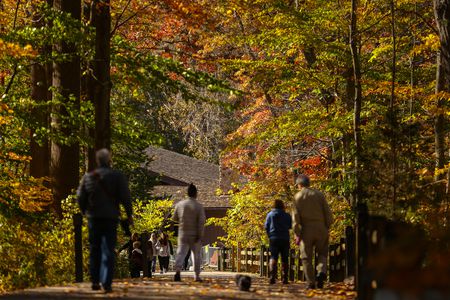 Dry conditions with temperatures in the 60s can be expected for high school football in the evening. Otherwise, some clearing, but still generally mostly cloudy. Sunday will pretty much be the same, with highs in the upper 70s.

According to the National Weather Service at State College, Sunday will start off cloudy with areas of fog and drizzle before noon.

We'll hang out to mostly cloudy skies for the weekend with just a few peeks of sunshine from time to time. Lows cluster in the mid-60s or close to that.

There could be a few showers around early Monday.

On Sunday, expect a chance for scattered showers mainly in the afternoon otherwise mostly cloudy skies with highs in the upper 60s and lower 70s. Monday evening, ahead of a cold front, will begin to bring some heavier rain to the region and also knock temperatures down drastically.