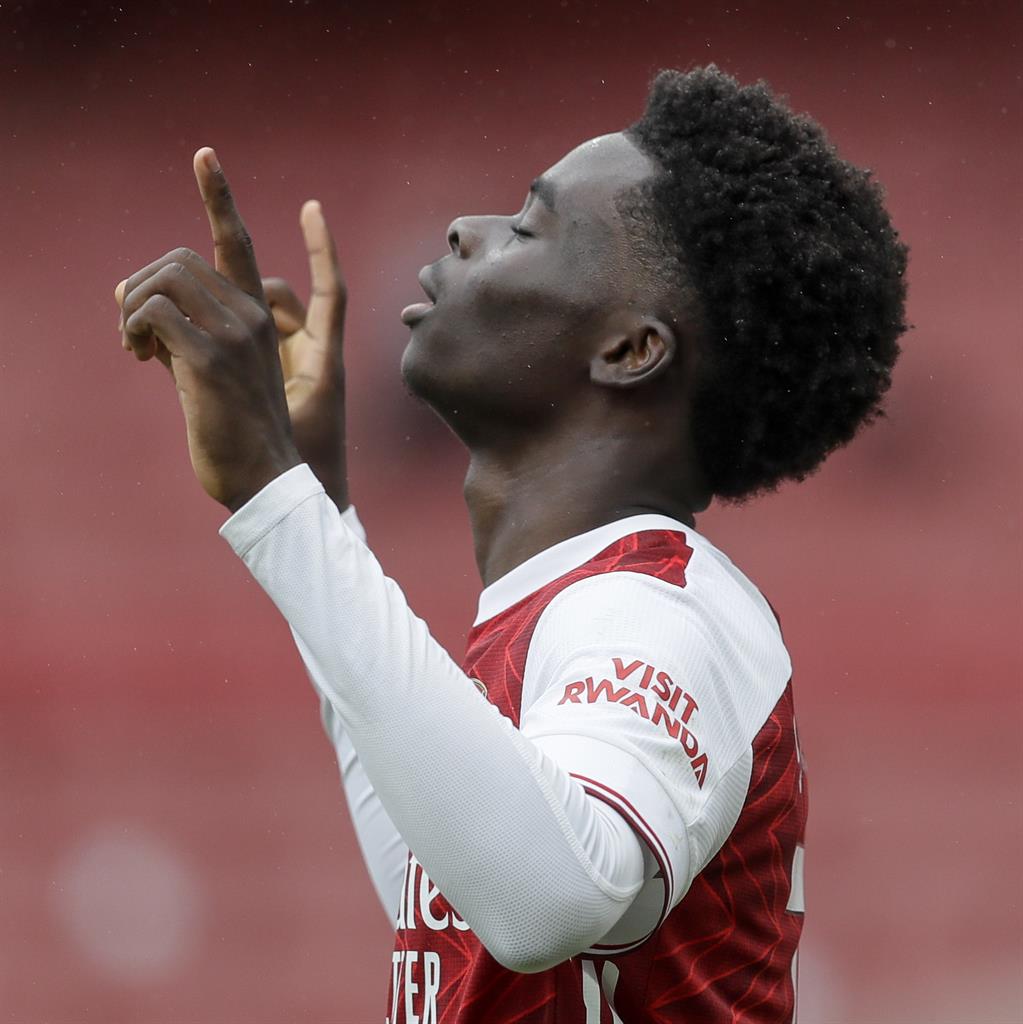 Ivorian striker, Nicolas Pepe and youngster Bukayo Saka scored a goal each to help Arsenal secure a 2-1 win over Sheffield United in a Premier League encounter on Sunday.

Arsenal dominated the opening periods of the game, enjoying 71 per cent possession in the first half, though they struggled to break down Chris Wilder's well-drilled side - the first shot of the game coming in the 28th minute.

The Gunners did not really get going until the 60th minute when Bukayo Saka celebrated his first England call-up with a header from Hector Bellerin's cross.

Arsenal doubled their lead shortly after when Nicolas Pepe fired in a great low finish in off the left-hand post as the Ivory Coast worldwide netted his first goal of the season.

David McGoldrick netted a goal for the visitors with a superb curling effort in the 83rd minute to set up a tense finale.

"Yes [I was anxious that Bellerin would leave], because I understand a lot of things happened in his trajectory at the club", Arteta was quoted by Football London as saying after the match. I say it because I feel it and it is true. Playing twice at Anfield, but with all the attention that he got from all the media after he got the call-up as well, you have to show a lot of temperament and have to manage your emotion.

The loss for Sheffield United means they remain without a point from their opening four Premier League games.

"He is very settled here, he is liked by the boys, he is a really good character to have around and I'm really positive we are going to have him for many years and that he can perform at a really high level consistently". "But the moment we increased our ball speed and started to read certain situations better, we attacked more efficiently with more objective, and that is how we scored the goals". We will get back to it, there is no doubt about that.