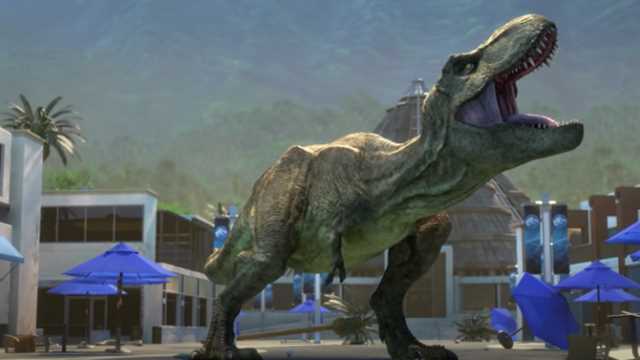 Jurassic World: Dominion, meanwhile, was rescheduled for release on June 10, 2022.

The series is executive produced by Steven Spielberg, Frank Marshall, and Colin Trevorrow. It showed what happened during that fateful day the Indominus Rex broke free from its cage and wreaked havoc on Isla Nublar, just from the opposite end of the island where a bunch of kids were trying to enjoy their Camp Cretaceous adventure camp.

Jurassic World: Camp Cretaceous Season 2 is looking to stomp onto Netflix sometime in 2021.

While plot details are being kept under wraps, the new season will presumably pick up shortly after the events of season one, with the six young teenage campers left stranded on Isla Nublar and forced to fend for themselves. Netflix dropped a teaser revealing that the DreamWorks-animated Jurassic World spin-off series is set to bring more dinosaur destruction to Netflix in 2021. Scott Kreamer (Pinky Malinky) and Aaron Hammersley (Kung Fu Panda: Legends of Awesomeness) serve as showrunners and executive producers. Zack Stentz serves as a consulting producer. And because there's a three-year gap between Jurassic World and its sequel, Fallen Kingdom, there's even more ground to cover. You can watch that, as well as the full NYCC panel, below. What do you want to see in season 2? Until then, why not check out the first season and find out what you've missed so far?

We are a participant in the Amazon Services LLC Associates Program. This affiliate advertising program also provides a means to earn fees by linking to Amazon.com and affiliated sites.